What Does 5G Mean for the Future of 4G LTE Networks?

dejero News Feature Article by Emily A. Caister at Dejero

In this article, resilient mission-critical communications solutions provider Dejero  explains what the rollout of 5G means for networks currently in use. 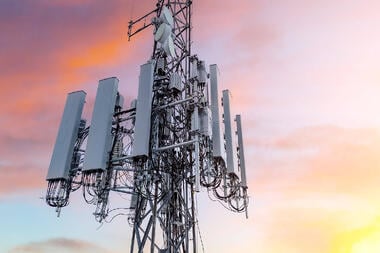 As 5G networks rollout worldwide, the industry is abuzz with conversations about how it will transform the role played by telecommunications technology in society. From enabling the Internet of Things and autonomous vehicles, to supporting smart cities and agriculture, to delivering fiber-over-the-air, 5G is positioned to unlock a world of new possibilities. At the same time, 5G will preserve the future of today’s most popular mobile applications— like streaming video—by ensuring that usage growth can be sustained.

While it’s an exciting future, what does that mean for the networks we use today?

Cellular networks are changing, and older networks are sunsetting. With the introduction of 5G, does investing in products that use 4G LTE still make sense?

Today, 4G LTE offers plenty of bandwidth for many applications. But the concerns arise from carriers having a limited spectrum available for expansion. To provide customers with a faster, more responsive network, they must re-use the spectrum with newer, more efficient cellular technology. Older infrastructure makes way for new networks, and older cellular devices must be retired.

Understanding 5G: Perspectives on future technological advancements in mobile, published by GSMA Intelligence, states that “Historically, cellular technologies have adhered to an approximately 20-year cycle from launch to peak penetration, with around ten years between the launch of each new technology.”

While the adoption of LTE is proceeding at a faster rate than its predecessors, we still don’t expect it to peak until later in the 2020s. With growth continuing, particularly across developing markets, 4G will soon become the dominant mobile technology.

Like anything else, 4G will become obsolete one day. However, 4G LTE will be available for at least a decade and co-exist with 5G networks.

The role of 5G in Smart Blending Technology

5G rollouts won’t happen everywhere all at once. Moreover, as we stated earlier, 5G won’t replace 4G (which has replaced 2G and will ultimately replace 3G); instead, 5G and 4G will work in a complementary fashion to handle different types of traffic and address different use cases.

For Dejero, 5G is simply a new ingredient in our blending recipe, joining 3G and 4G cellular, satellite, Wi-Fi, and broadband connections. With Smart Blending Technology, we are embracing the transition as 5G, LEO satellites, and emerging connectivity options come online.

Organizations can start building for the future now with 4G LTE technology, evaluate their need for what 5G solutions offer, and invest in technology that works best for them. No matter your choice, you can be assured that Dejero will provide you with the critical connectivity required to get the job done.