ComNav has authored the following article explaining how GNSS surveyors can mitigate the impact that ionospheric disturbances, such as sunspots and flares, can have on position measurement accuracy.

Global Navigation Satellite System, or GNSS, is a term describing 24-hour positioning and timing systems based on artificial satellites that can provide users with precise three-dimensional coordinates, speed and time. Measurements provided by these positioning systems can have a certain degree of error introduced by sources such as atmospheric factors, including the ionosphere. Solar activities such as sunspots and flares can disturb the ionosphere non-periodically. 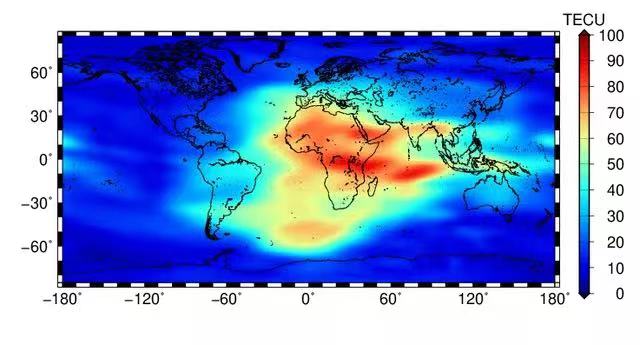 What is the ionosphere?

The ionosphere is generally defined as the partially ionized atmospheric region roughly ranging from 60 to 1000 kilometers above the surface of the Earth. Some people also regard the magnetosphere, the fully ionized portion of the atmosphere, as the ionosphere. The ionosphere features a large number of free charged particles and ions, which can interfere with the intensity of electromagnetic waves propagating through the ionosphere.

How does the ionosphere affect RTK measurements?

One of the largest errors affecting GNSS measurement is attributable to ionospheric delay, which occurs when the amount of free electrons in the ionosphere is sufficient enough to affect GNSS signal transmission. The degree of impact on a GNSS system is decided by the carrier frequency and the concentration of the TEC (Total Electron Content).

The distance error induced by the ionospheric delay can reach around 15 meters during the day and 3 meters at night, a maximum of 50 meters in the zenith direction and 150 meters in the horizontal. In terms of relative positioning, ionospheric correlation is strong over short baselines and as a consequence ionospheric delay can be largely removed. However, it leaves significant residuals in the case of longer baselines, making it difficult to get a precise integer ambiguity.

How can surveyors mitigate the ionospheric effect?

1. Surveyors should take measurements at times when solar flares and solar radiation are weaker, especially for high-precision measurements. Generally the stronger the sunlight, the more active the ionosphere. Thus, the ionospheric effect peaks around 2:00pm and surveyors are suggested to avoid working around noon. 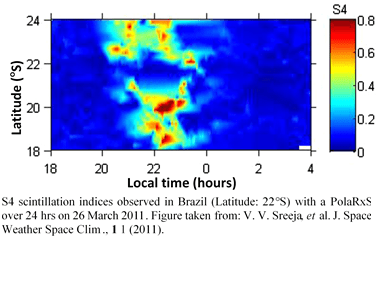 In terms of geography, the ionosphere is more active in low latitudes than high latitudes. 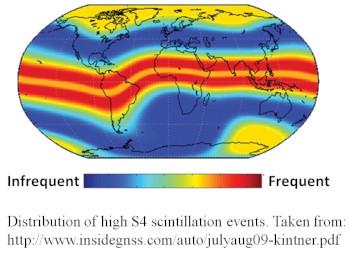 However in most situations, the ionospheric effect is complex and changing as it is also affected by factors such as solar activity and geomagnetic activity. Users are advised to repeat measurements several times.

2. Surveyors are advised to take measurements with ultra-short baselines when the ionospheric effect is active, to ensure the reliability of positioning results. RTK is based on corrections provided by reference stations that can eliminate the common errors on the rover station, so ionospheric error can not be eliminated if the ionosphere of these two stations differs significantly. Surveyors can choose to take measurements with longer baselines, or peform surveying that requires higher accuracy at night. For new survey points, they should arrange at least two observations in different periods to achieve more reliable accuracy.

3. Surveyors can also adopt other effective methods to eliminate or correct ionospheric effects, such as PPP-RTK, which is based on an absolute correction value over the station broadcasting from a satellite base, and does not rely on the base station on the ground.