The Perimeter 4 is a gas-electric hybrid quadcopter built to surpass the flight time and range limitations of traditional drone mapping and surveying missions. Featuring a unique proprietary hybrid gasoline-electric propulsion system with electronic fuel injection and backup battery, the long-range quadcopter can achieve a maximum flight time of over five hours and a distance of 110 miles. 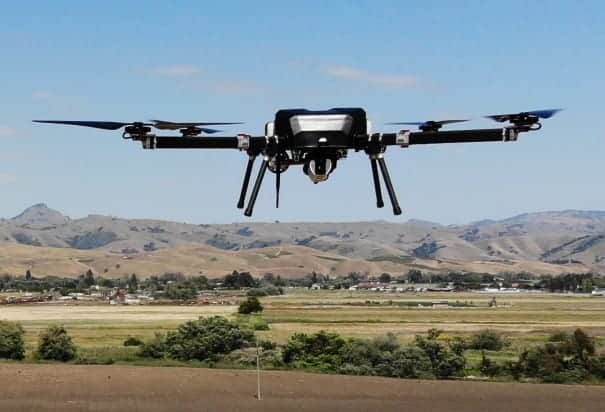 The Perimeter 4 can carry a wide variety of payloads of up to 8.8 lb (4 kg), making it a versatile platform capable of undertaking long-range, long-endurance missions for mapping, inspection, surveillance, military ISR (intelligence, surveillance and reconnaissance) and more.

The Perimeter 8 is a hybrid power octocopter drone with the same long-range, long-endurance capabilities and intuitive operation as the Perimeter 4 but with a heavy-lift payload capacity of 12 lbs (5.5 kg). It also features full propeller, motor, and ESC redundancy, ensuring the safety of your high-value payloads and sensors. 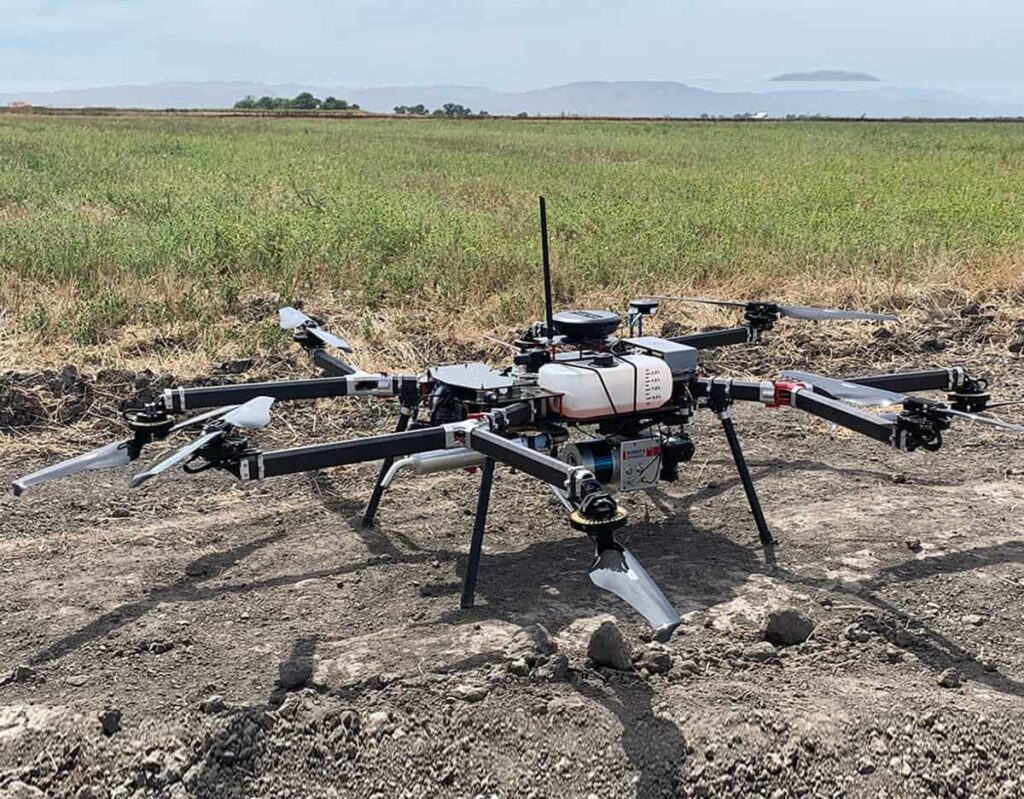 The easy-to-assemble system can be deployed and airborne within five minutes, with fully automated engine operation and professional-grade GNSS navigation.

The engine can be started and stopped via the ground station, which also continuously monitors engine health information and fuel levels in real-time.

With the ability to quickly and easily field a broad range of leading professional payloads and sensors, the Perimeter 8 is an ideal choice for achieving industry-leading drone data and intelligence gathering in a single flight.

Our long-range, long-endurance hybrid power drones can be deployed in a wide variety of military, commercial and industrial roles. 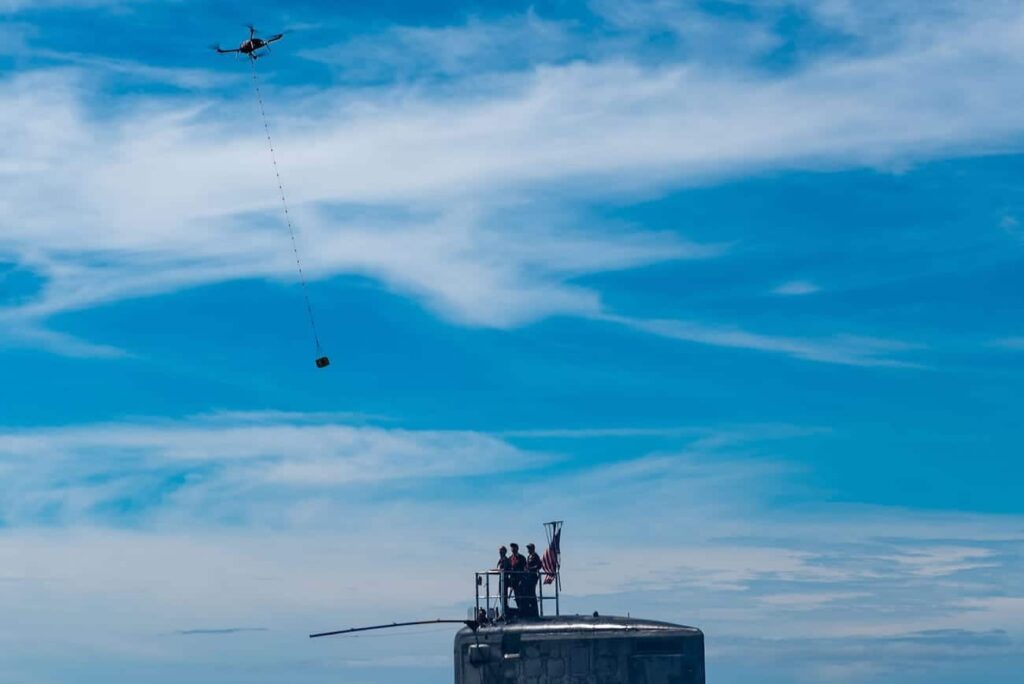 Skyfront’s Perimeter drone systems, capable of 3 to 4 hour flight endurance with common video payloads, can provide real-time situational awareness for battlefield operations, force protection and military surveillance missions. With persistent hovering and operational ranges of up to 50km, the long-endurance Perimeter UAVs can provide vital ISR (Intelligence, Surveillance and Reconnaissance) capabilities while reducing the risk to operators on the ground.

Perimeter drones provide enhanced range and endurance for rig and pipeline inspection and route surveying. Equipped with a magnetrometry payload, they can also be deployed for efficient wellhead detection and resource exploration in otherwise hard-to-access areas. 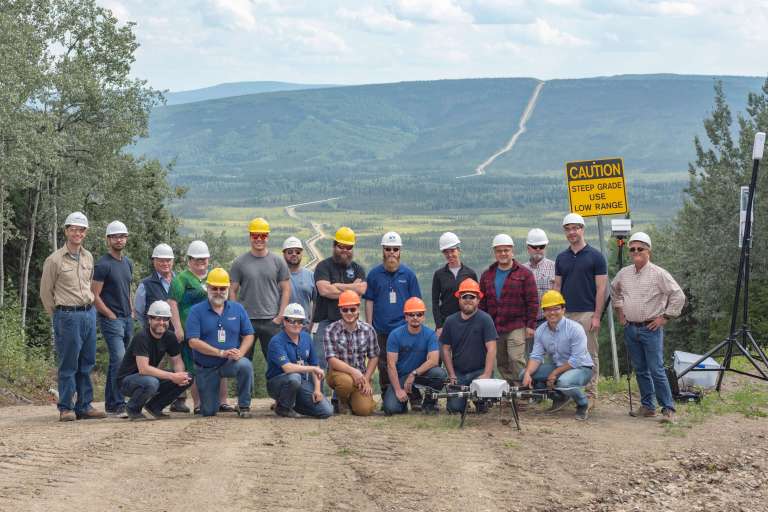 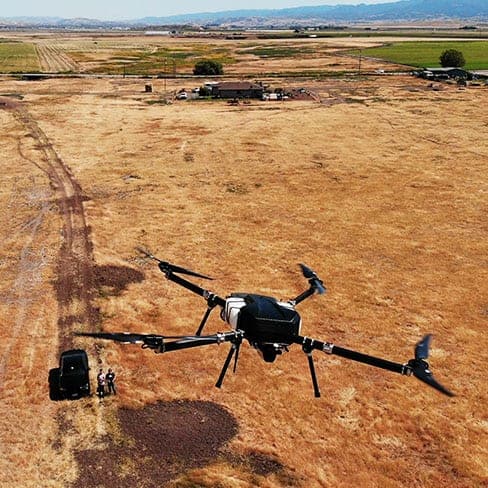 Equipped with a LiDAR payload, our long-endurance drones can acquire large amount of mapping and surveying data in a single flight, saving time and costs for a diverse range of applications including cartography, forestry, highways and railways, 3D structure modelling and more.

With a wide choice of available payloads, including thermal, MWIR/LWIR, and daytime cameras with up to 36X continuous zoom, Skyfront’s Perimeter UAS can provide real-time information on a range of targets under different conditions, from tens of miles away. Surveillance use cases include counter-terrorism, border protection, area & facility security, and search & rescue.