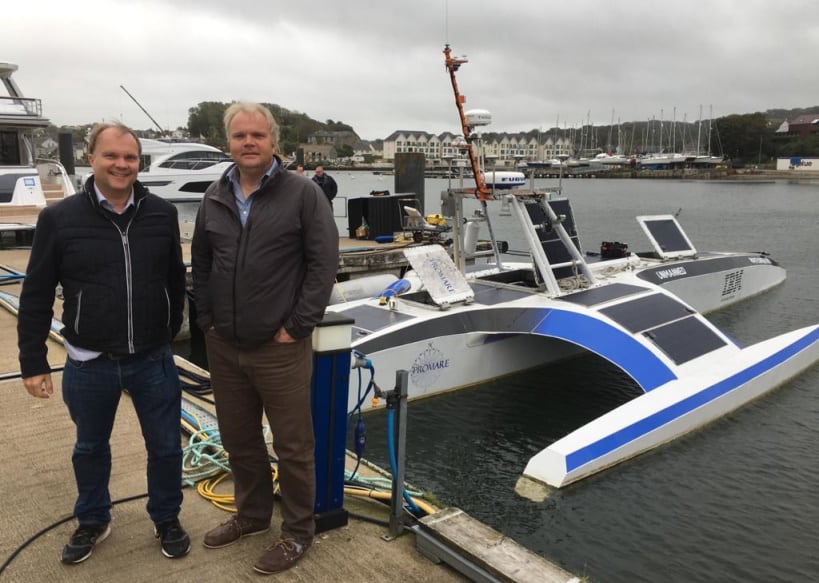 Marine AI has partnered with Engaged Engineers to develop a range of smart shipping solutions for vessels such as yachts, LNG carriers, ferries and container ships. Marine AI will provide its artificial intelligence-powered maritime situational awareness and route planning solutions, while Engaged Engineers will offer state-of-the-art augmented intelligence products based on technologies used in the Mayflower Autonomous Ship.

Marine AI’s Guardian Vision, Manned, Unmanned and Port solutions will reduce the risk of collisions, minimise vessel damage and down-time, reduce operational costs, and improve fuel efficiency and the safety of crew members. Notably, the Guardian Manned solution provides a vessel’s crew with the “foresight” of an onboard AI Captain during navigation, allowing crew members to determine the potential of risk and then make the best possible and lowest-risk decision.

The combination of augmented intelligence software and smart sensors enable equipped vessels to react to an often-treacherous ocean environment, in close cooperation with existing crew. The solution adheres to maritime laws (COLREG & SOLAS) while making crucial split-second decisions based on the collection and analysis of massive amounts of ocean data. The system operates 24/7, performing critical manoeuvres such as rerouting around harsh weather environments.

The Mayflower Autonomous Ship (MAS) project is the result of years of work and global collaboration between marine research non-profit ProMare, IBM, Nvidia and dozens of partners from across industry and academia. The parties involved have worked together to design and build the world’s first full-sized, fully autonomous unmanned ship, culminating in a voyage across the Atlantic Ocean.

Erik Pouwen and Michael Lok, CEO and COO of Engaged Engineers, commented: “We are happy to work together with Marine AI in transforming the way in which we sail the ocean, making it more secure, efficient and sustainable.”

Matthew Ratsey, CEO of Marine AI, stated: “There is a huge interest in our products. The close cooperation with Engaged Engineers allows us to install and deploy turn key smart shipping solutions.”