Blue Robotics has announced the revival of the #builtwithBR photo contest. Photos entered should be of a vehicle or device that is built with Blue Robotics components. 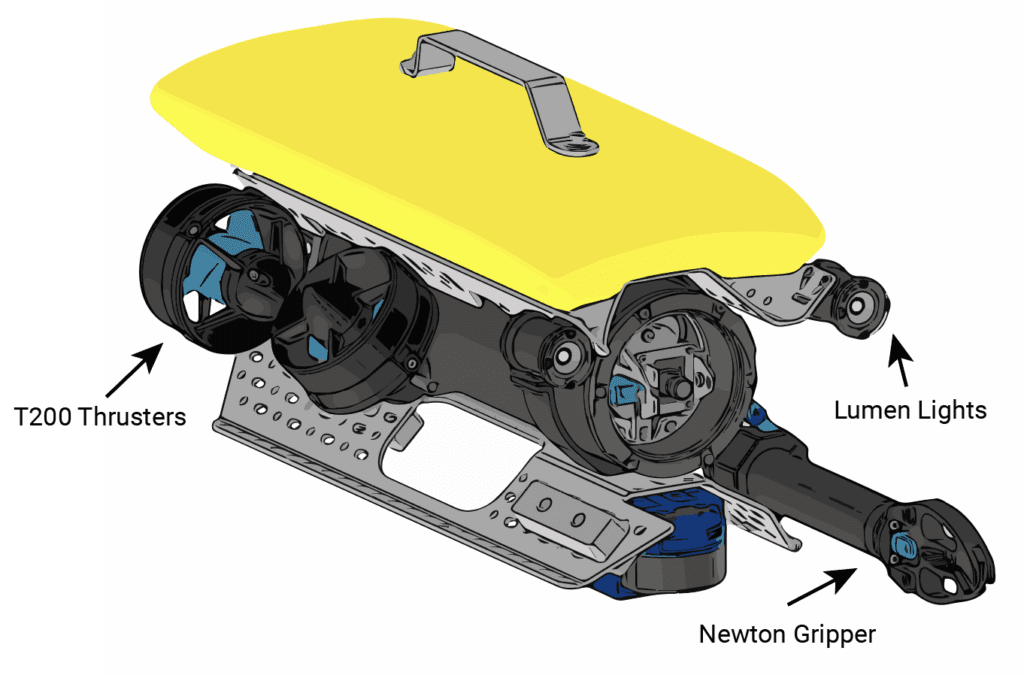 In this example, the T200 Thrusters, Newton Gripper, and Lumen Lights are all identifiable on the ROV-500 (thanks to Outland Technology for supplying the CAD model to create this rendering).

This year’s prize is… Stickers! The winning vehicle/device will be the feature of a #builtwithBR sticker that will be included in all outgoing orders. Last year, Blue Robotics shipped packages to more than 80 countries around the world – your vehicle will have the chance to travel to any corner of the world where Blue Robotics customers are located! 500 stickers will be printed, with 100 being sent to the winner and the remaining 400 will be included with the next 400 orders going out to the Blue Robotics network. The winner’s handle will also be included to start spreading the word.

Submissions will be accepted from Friday, September 3rd, and the contest will run through October 22nd.

Entries should be via the Official Submission Form and include details of the project or vehicle. Good luck!