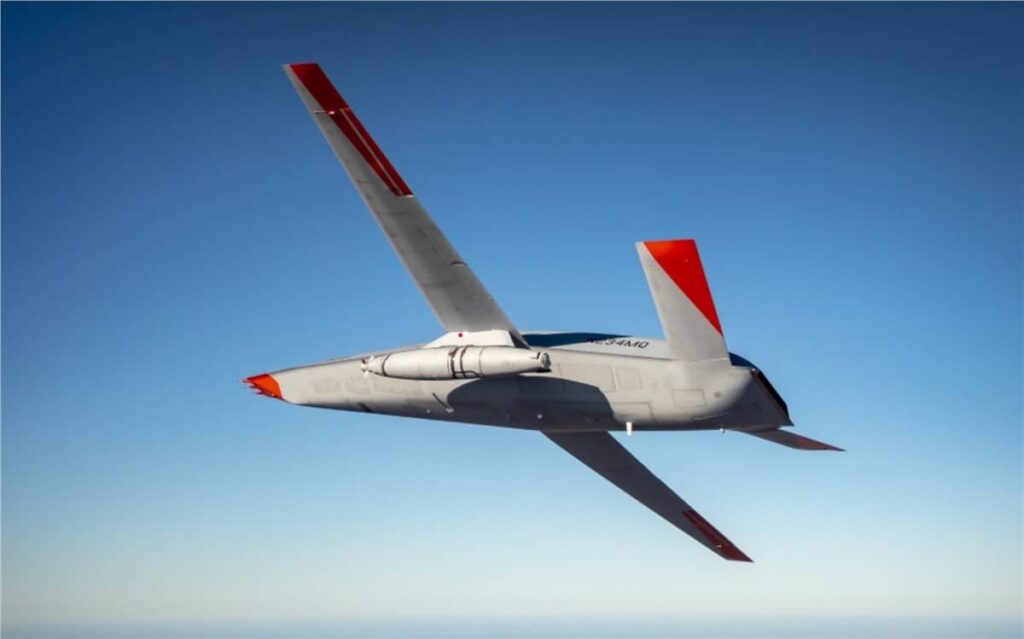 The demonstration used Northrop Grumman’s portable E-2D simulator in conjunction with Boeing’s F/A-18 and MQ-25 simulations to establish a data link network that was used to supervise MQ-25 flight operations. The simulated mission scenarios included the E-2D successfully acting as the air wing “tanker king” while the MQ-25 refueled the F/A-18, in addition to supervising the MQ-25 during an ISR (intelligence, surveillance and reconnaissance) mission. The E-2D was able to conduct MUM-T operations with the MQ-25 using only existing operational flight program software.

The demonstration also showed how anticipated carrier air wing concepts – such as the F/A-18 and E-2D changing the tanker’s orbit station, flight path or aerial refueling store payload – were made routine and repeatable with the unmanned MQ-25. This required minimal changes to the F/A-18 cockpit display, helping to reduce pilot workload while supervising unmanned operations and providing consistency with how pilots operate and train today. Another more advanced MUM-T mission simulation showed how an open behavioral software framework can be used to aggregate traditional unmanned system commands into an overall autonomous mission behavior.

Don “BD” Gaddis, MQ-25 Advanced Design at Boeing, commented: “Two of our key findings from this early demonstration with existing data links are that initial MUM-T capability between MQ-25, E-2D and F/A-18 is achievable with minimal change to the crew vehicle interface and could be integrated into earlier MQ-25 operational deployments.”

“As a result, pilots can call a ‘play’ for the unmanned system, much like a coach. This ‘play call’ ability greatly simplifies the supervising pilot’s workload and minimizes the data link exchanges required. It’s all part of building platform-agnostic, portable and reusable MUM-T software.”

Janice Zilch, vice president of Manned Airborne Surveillance Programs at Northrop Grumman, said: “This demonstration of the E-2D Advanced Hawkeye controlling the MQ-25 builds on our experience in integrating unmanned systems into carrier flight operations. As the airborne command and control node, E-2D will be a critical component to enabling the U.S. Navy’s Unmanned Campaign Framework. We work closely with industry partners and the Navy in support of meaningful technology demonstrations that showcase E-2D’s agile environment, interoperability and unmatched command and control capabilities.”