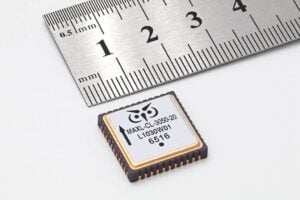 Physical Logic has confirmed that it has completed the qualification and production readiness stages for the MAXL-CL-3050, a new 50g range closed-loop MEMS accelerometer based on the company’s flagship MAXL-CL-3000 family. This family of accelerometers is designed to compete with traditional mechanical accelerometers in precision navigation applications such as UAVs (unmanned aerial vehicles) and robotics.

The company has released selected test results from the MAXL-CL-3050 qualification program, during which units were exposed to a series of environmental tests over a period of several weeks.

The first production units of the MAXL-CL-3050 underwent typical acceptance tests including temperature, vibration, and centrifuge measurements up to 50g. Units that passed the acceptance tests were then randomly selected for the Qualification Test Program (QTP).

Physical Logic has also begun testing and prototyping of a 70g MAXL-CL-3070 accelerometer.