Operational Capabilities of Maritime Autonomous Systems to be Enhanced 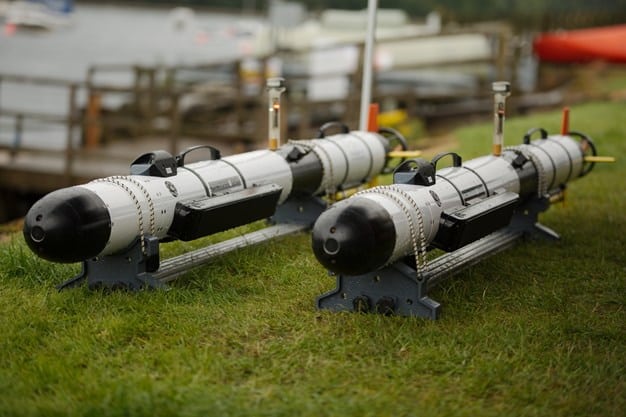 SeeByte and Sonardyne have been awarded funding by the UK Defence Science and Technology Laboratory (Dstl) for phase 2 of the Defence and Security Accelerator (DASA)’s Autonomy in Challenging Environments competition, which will build on the work undertaken by both companies in the first phase. The goal of the project is to enhance and extend the future operational capability of autonomous and remotely operated systems in challenging battlespace domains.

Sonardyne and SeeByte will be using surface and underwater assets from Project Wilton, a recently formed maritime autonomous systems (MAS) team based out of HM Naval Base Clyde. The collaboration will culminate in a series of in-water demonstrations at Project Wilton facilities in the UK. The ultimate goal of the project is to enable optimal unmanned underwater vehicle (UUV) distribution for improved subsea communications and navigation in a range of challenging environments.

Ioseba Tena, Head of Defence at Sonardyne, commented: “Collaborative autonomy is part of the maritime defence road map. We need to enable more robots and have fewer operators in the underwater battlespace. Working alongside leaders in autonomy development like SeeByte, to make that vision a reality, as part of the Autonomy in Challenging Environments competition, is a significant step towards that goal.”

Andrea Munafo, Technical Program Manager at SeeByte, said: “UMS operate in challenging environments and they need to be robust against faltering communications and navigation. Partnering with Sonardyne makes it possible for our autonomous systems to consider both during real-time execution and hence to improve the effectiveness of future underwater missions.”