Sea Machines has collaborated with the U.S. Army Engineer Research and Development Center (ERDC) to create an autonomous system that will give surveyors the ability to conduct survey missions with a limited crew.

The Research Vessel Martin looks like any other U.S. Army Corps of Engineers (USACE) survey boat, however the inland survey vessel has been converted into a semi-autonomous craft for use during emergencies like the recent COVID-19 pandemic, or in post-disaster areas where it’s not safe to send a manned vessel. 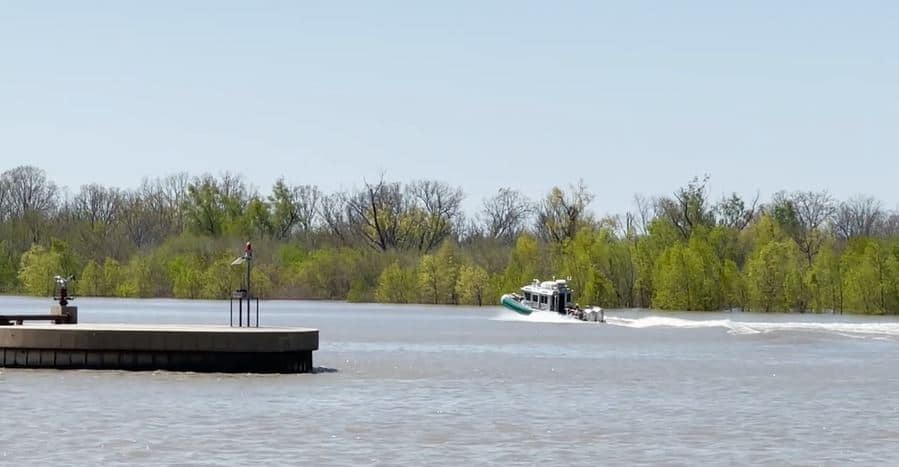 A part of the USACE civil works Navigation Systems Research Program, the ERDC team hopes that this autonomous technology will improve the organization’s resiliency and readiness in support of the program’s mission to provide safe, reliable, efficient, effective and environmentally sustainable waterborne transportation systems.

Speaking of the first of its kind development for the organization, David Nguyen, a research civil engineer with the ERDC’s Coastal and Hydraulics Laboratory, said “We converted one of our survey vessels into a semi-autonomous vessel. You can have one person on the vessel to run the survey, create the mission plan and complete the mission.” 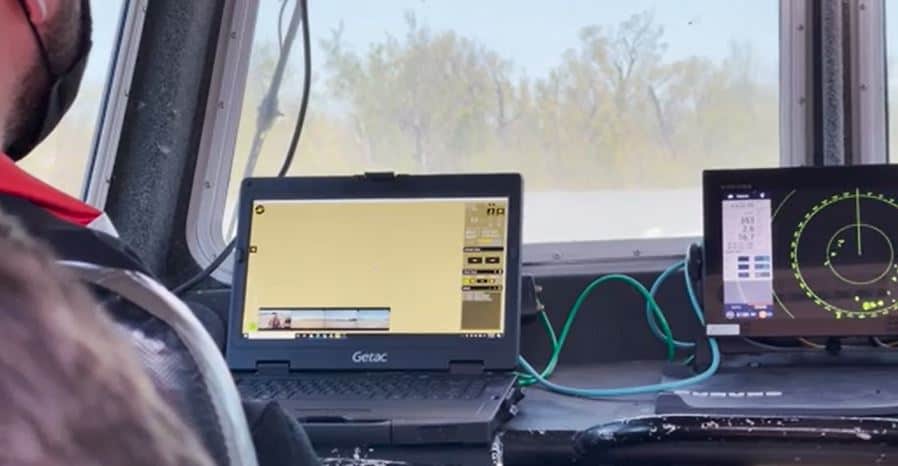 During the commissioning of the vessel on April 1, 2021, the team worked on final calibrations and tuning the motor and rudder sensors. “We planned some pretty crazy missions going back and forth on the same line at high speeds,” said David Nguyen. “We did actual survey lines — like a traditional survey would include.”

Sea Machines has worked closely with ERDC team to convert the company’s ocean-going system to one used inland. “As of right now, it’s working pretty well, but there is still a lot of work with vessel behavior,” said Nguyen, who hopes to eventually add more sensors to the vessel to increase its object detection for avoidance capabilities. “Right now, it can pick up larger vessels all the way down to a jon boat,” he explained. “We want it to pick up floating logs, a kayaker possibly, or somebody swimming in the water.” 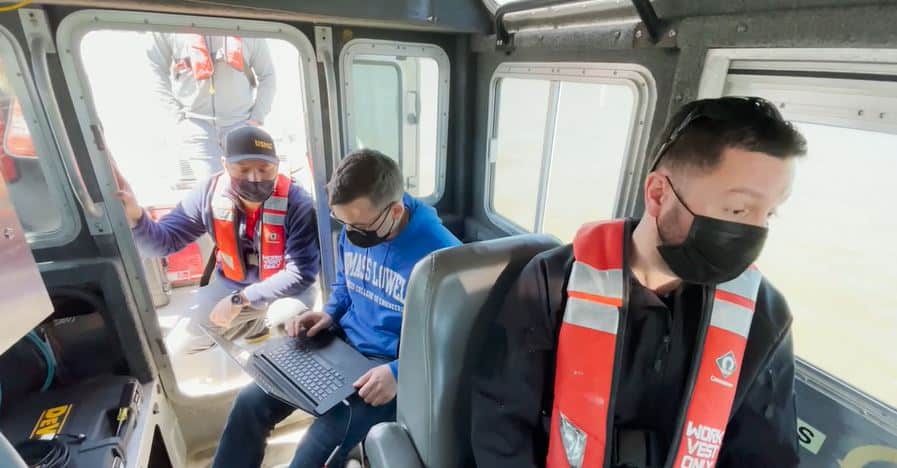 In the future, Nguyen would like to see this technology used on a regular basis. “We could possibly have this vessel docked somewhere and have pre-planned missions where it just goes out and collects the survey and sends the processed survey back to the surveyor, so they can do quality assurance/quality control of the product, before sending them out,” he said.

“This would be beneficial to improve resiliency and efficiency,” he continued. “This could also be used as a force multiplier; this vessel is capable of preforming collaborative follow mode. You can do twice as much surveying in the same amount of time.”

Story taken from Army.Mil, by Carol Coleman. Video interview (above) produced by Department of Defense.*

*The appearance of U.S. Department of Defense (DoD) visual information does not imply or constitute DoD endorsement.