Boeing’s MQ-25 T1 test asset for The U.S. Navy has flown for the first time with an aerial refueling store (ARS). This is a significant milestone in the development of the unmanned aerial refueler. 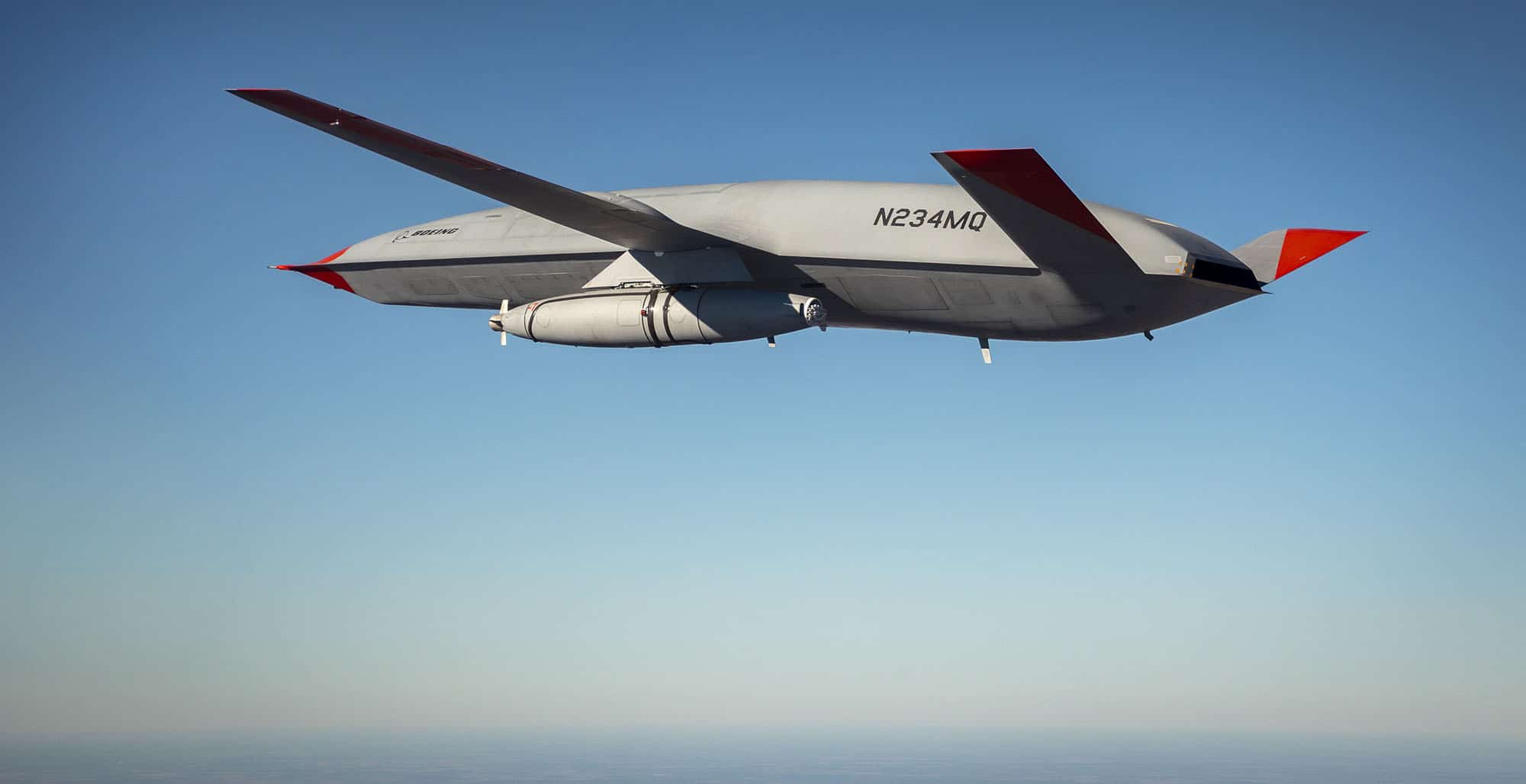 Ongoing flights of the autonomous UAS will allow for further development of software components and informs the testing of the aerial refueling hardware that the MQ-25 will use operationally. The flight was conducted by Boeing test pilots operating from a ground control station at MidAmerica St. Louis Airport in Mascoutah, Ill.

The aerial refueling store used in the successful 2.5-hour flight, is the same ARS currently in use by F/A-18s for air-to-air refueling – the Cobham ARS. This initial test flight was designed to test the fixed wing UAVs aerodynamics with the ARS mounted under the wing.

Capt. Chad Reed, the U.S. Navy’s Unmanned Carrier Aviation program manager said; “Having a test asset flying with an ARS gets us one big step closer in our evaluation of how MQ-25 will fulfill its primary mission in the fleet – aerial refueling. T1 will continue to yield valuable early insights as we begin flying with F/A-18s and conduct deck handling testing aboard a carrier.”

Future flights will continue to test the aerodynamics of the aircraft and the ARS at various points of the flight envelope, eventually progressing to extension and retraction of the hose and drogue used for refueling.

“To see T1 fly with the hardware and software that makes MQ-25 an aerial refueler this early in the program is a visible reminder of the capability we’re bringing to the carrier deck,” said Dave Bujold, Boeing’s MQ-25 program director. “We’re ensuring the ARS and the software operating it will be ready to help MQ-25 extend the range of the carrier air wing.”

The Boeing-owned T1 test asset is a predecessor to the engineering development model aircraft being produced under a 2018 contract award. T1 is being used for early learning and discovery, laying the foundation for moving rapidly into development and test of the MQ-25. Following its first flight last year, T1 accumulated approximately 30 hours in the air before the planned modification to install the ARS.

Earlier this year the Navy exercised an option for three additional MQ-25 air vehicles, bringing the total aircraft Boeing is initially producing to seven. The Navy intends to procure more than 70 aircraft, which will assume the tanking role currently performed by F/A-18s, allowing for better use of the combat strike fighters.