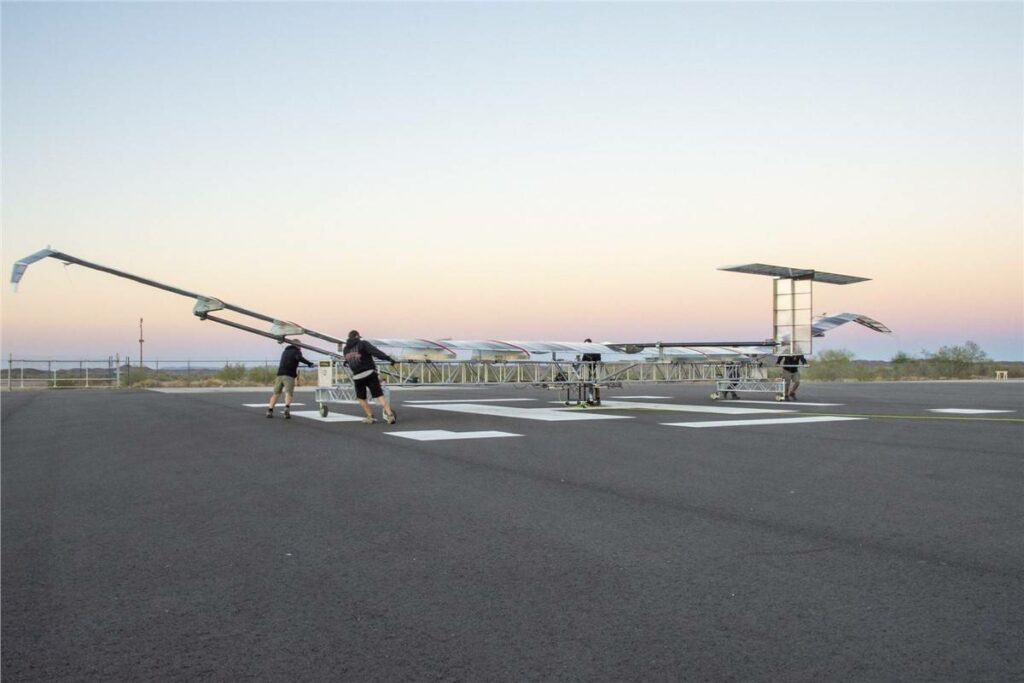 Zephyr is a solar–electric, stratospheric UAS designed to provide local satellite-like persistence and ISR (Intelligence, Surveillance & Reconnaissance) capabilities. Operating in the stratosphere at an average altitude of 70,000 feet (21 kilometres), the ultra-lightweight aircraft has a wingspan of 25 meters and weighs less than 75kg. Zephyr aims to bring new capabilities for both commercial and military applications, with missions such as monitoring the spread of wildfires or oil spills, monitoring long-term environmental changes and providing communications to the most remote and unconnected parts of the world.

A previous successful test flight campaign saw Zephyr operate in the stratosphere for nearly 26 days (25 days, 23 hours and 57 minutes‎).
According to Airbus, this remains the longest flight duration of an aircraft ever made without refuelling. The unmanned aircraft consistently achieved a dawn altitude of 60,000ft as well as its highest altitude of 71,140ft.

Jana Rosenmann, Head of Unmanned Aerial Systems at Airbus, commented: “Having proven stratospheric flight, we continue to further mature the operational system with the objective to be more flexible and robust in order to meet our customer needs. The outcome of this campaign is a valuable contribution to the full flight programme next year.”