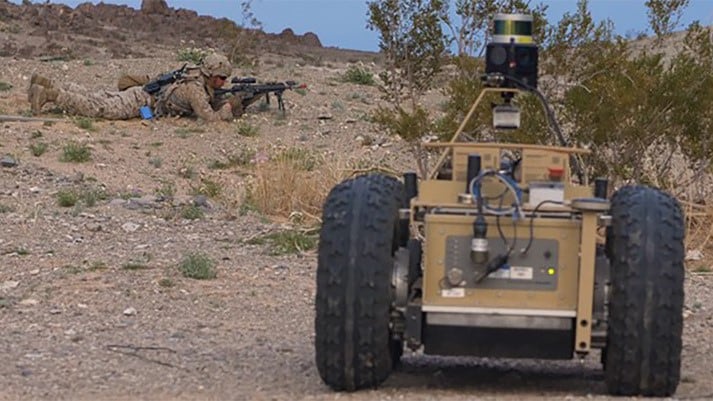 BAE Systems has been awarded a contract by Lockheed Martin to provide key autonomy and artificial intelligence capabilities for DARPA’s Squad X program. The program, for which Lockheed Martin is a prime contractor, aims to provide prototypes of tactical UAVs (unmanned aerial vehicles) and UGVs (unmanned ground vehicles) that can be used by U.S. Army and U.S. Marine Corps dismounted infantry squads.

Squad X, which is composed of the complementary Squad X Experimentation and the now completed Squad X Core Technologies programs, will design, develop, and validate these autonomous robotic system prototypes and equip them with novel sensing tools and off-the-shelf technologies. These new platforms will increase squads’ situational awareness and allow them to increase their battlespace and area of influence.

Chris Eisenbies, product line director of the Autonomy, Controls, and Estimation group at BAE Systems, commented: “Autonomy technology – be it in the air, space, sea, or ground domain – is all about making better decisions faster to allow our warfighters to more effectively execute their missions as safely as possible,” said . “We look forward to the prospects of providing this advantage to those in the field.”