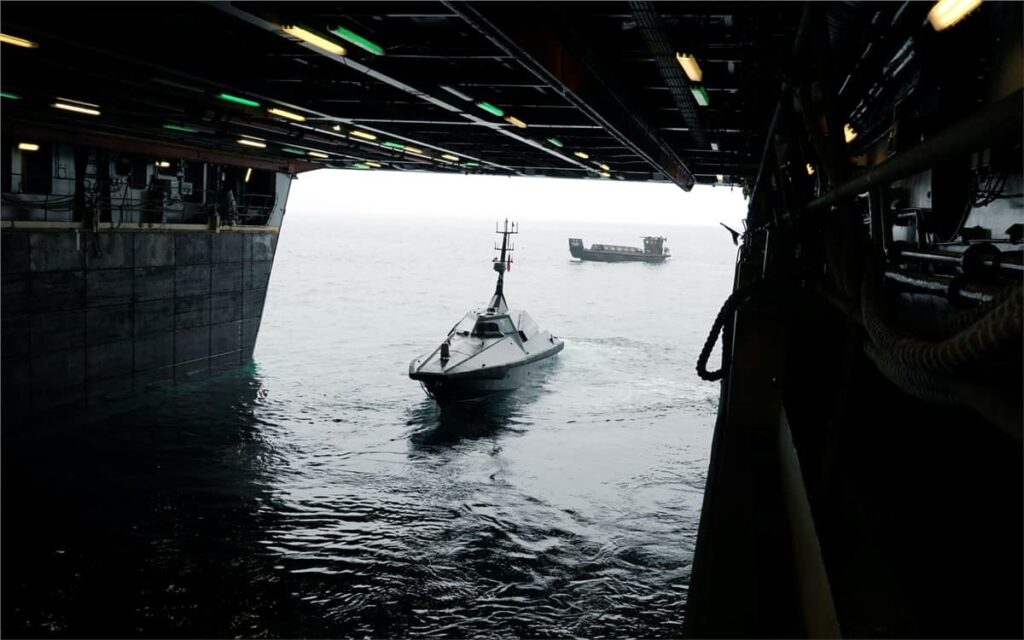 The UK Defence Science and Technology Laboratory (Dstl) has awarded a contract to Qinetiq to lead phase five of the Maritime Autonomous Platform Exploitation (MAPLE) project. MAPLE seeks to develop the capability to integrate multiple unmanned systems into the combat system of a British Royal Navy warship, giving the Navy the flexibility to select a combination of vehicles and payloads most suited to current mission requirements.

The fourth phase of MAPLE culminated in the successful integration of data from a variety of systems and both national and international deployments in support of NavyX and Future Commando Force projects. MAPLE is employing an open-architecture approach that will allow the Navy to easily and rapidly upgrade and change vehicles and payloads as technologies and threats progress, while reducing impact on development, integration and training.

The focus of MAPLE’s fifth phase is to specify a core system that will enable the UK Ministry of Defence to procure a Command and Control (C2) capability for maritime autonomous vehicles by generating and validating a robust set of user and system requirements and a validated and developed architecture.

During the execution of MAPLE phase 5, concepts will also be developed for the operation of the maritime unmanned systems in the service of specific military tasks. Agreed standards will be refined to enable reliable and efficient integration of a diverse range of unmanned vehicles. Recognising the pivotal role of human factors in securing the control of multiple systems from a single operations room, MAPLE 5 will likely feature further work of this nature, including the outputs that support the mandated MOD human factors document set. Other new developments include further research to enable the use of multiple MAPLE systems in a force, as well as the integrated command and control of effector systems deployed from maritime autonomous systems.

The Autonomous Control Exploitation Realisation (ACER) deployable prototype, which was developed in earlier phases by a Qinetiq-led team, will be further evolved in order to effectively demonstrate MAPLE developments, and to validate and extend the architecture. Advances in capability will be demonstrated through a series of synthetic experiments at QinetiQ’s Portsdown Technology Park and, where the opportunity arises, through live demonstrations.

Stuart Hider, QinetiQ’s Director of Maritime Programmes, commented: “I am delighted that through effective collaboration we are building on MAPLE’s resounding success at a number of ground-breaking events and getting this technology into the hands of the warfighters. MAPLE is a key project in helping to unlock the potential that unmanned vehicles and autonomous systems can offer.”