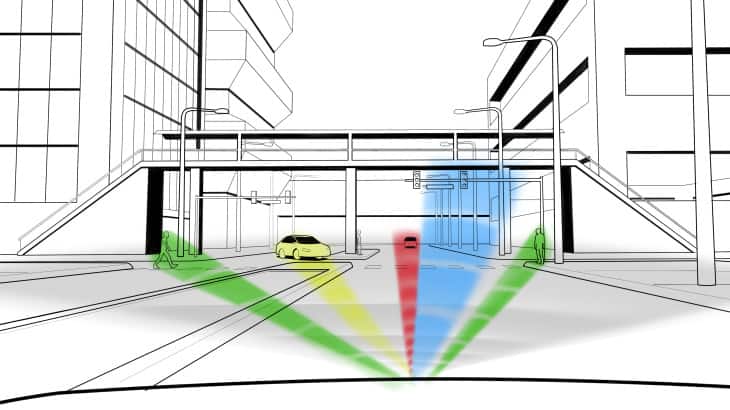 Echodyne, a developer of high-performance radar platforms, has announced that it has developed a new imaging radar for autonomous vehicles such as self-driving cars and trucks. The EchoDrive radar is based on proven MESA (Multi-role Electronically Scanned Array) technology, and provides a new type of sensor functionality that significantly enhances machine perception. EchoDrive will be introduced at the 2020 Consumer Electronics Show (CES) in Las Vegas.

EchoDrive provides extensive real-time control over the radar’s interrogation of the driving environment, enabling a richer form of machine perception. The radar’s dynamic control API leverages AV stack data, such as HD maps, V2X, and other sensor data, to optimize real-time measurement through ever-changing environments, conditions, and scenarios. EchoDrive can smoothly transition from normal drive scene to work zone heightened awareness, increase frame rate to secure an unprotected left turn, or zoom in on a tunnel approach. This dynamic tasking of a high-performance analog beam-steering radar significantly enhances safety by elevating the cognitive functions of artificial intelligence and machine in the AV stack.

Eben Frankenberg, CEO of Echodyne, commented: “Today, AV stacks have a one-way flow of data where sensors deliver information and the AV system processes it and takes action. What is missing is a dynamic, interactive flow of data that makes cognitive functions possible in the AV stack. With EchoDrive, the AV system can direct the radar to interrogate specific objects to gain clarity on the driving scene for more confident AV decision making. We look forward to helping companies across the AV spectrum design, build, and deliver safer vehicles by using Echodyne’s EchoDrive radar.”

Tom Driscoll, CTO of Echodyne, stated: “EchoDrive is a huge leap forward in imaging radar for AV. We’re delivering a sensor that, for the first time, brings cognitive sensor capabilities to the AV industry. Built on a combination of Texas Instruments millimeter wave (TI mmWave) sensors, our own proprietary MESA technology, and a powerful software framework, our adaptive radar sensor improves all aspects of the AV architecture.”