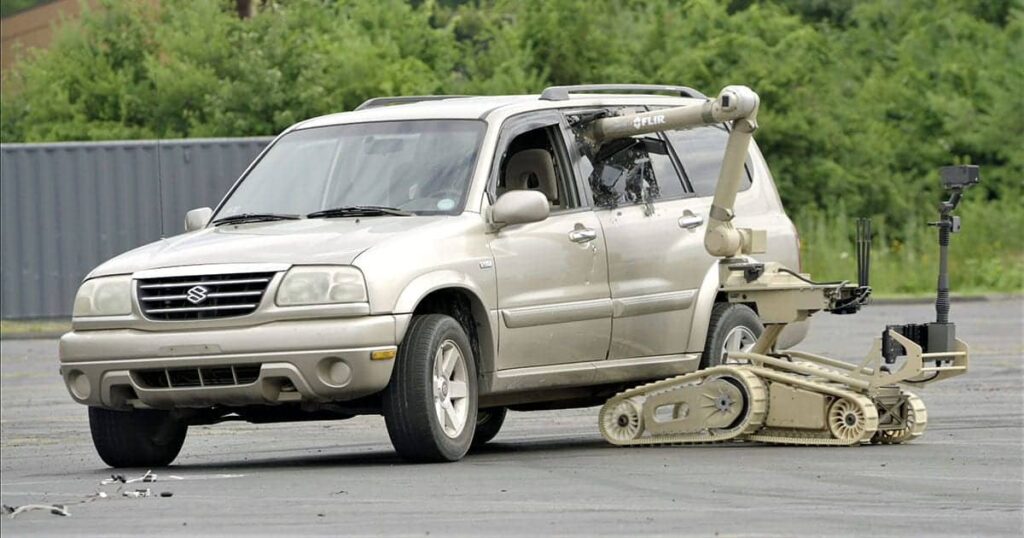 FLIR Systems has announced that its Kobra unmanned ground vehicle (UGV) has been chosen for the U.S. Army’s Common Robotic System-Heavy (CRS-H) program. This program calls for a ground robot weighing up to 700 pounds that Army Explosive Ordnance Disposal (EOD) units can use to perform a variety of missions, including disarming vehicle-borne improvised explosive devices (VBIEDs), handling unexploded ordnance, and related heavy-duty tasks.

The easy-to-operate FLIR Kobra features a lift capacity of 330 lbs. (150 kg) and can stretch up to eleven-and-a-half feet to access hard-to-reach places. It can be used both indoors and outdoors, maintains mobility on tough terrain and can overcome obstacles such as jersey barriers. The robot can also be fitted with a range of sensors and payloads for maximum mission flexibility.

The FLIR Kobra was compared with other competing systems over several months and two rounds of testing, and was evaluated on robot reliability, maneuverability, usability, and other factors. FLIR’s legacy business, Endeavor Robotics, has previously been selected by the Army as its medium-sized UGV provider for the Man Transportable Robotic System Increment II (MTRS Inc II) project, and FLIR is continuing to support this program with its Centaur UGV.

Jim Cannon, president and CEO at FLIR, commented: “We are pleased to be selected for the U.S. Army’s CRS-H program and deliver lifesaving robotic technology to our soldiers. This award exemplifies why we acquired Endeavor Robotics earlier this year — to capture strategic programs of record that enable us to integrate advanced solutions for the warfighter, give us the fuel to grow our business, and strengthen our position as a leader in unmanned systems.”

David Ray, president of the Government and Defense Business Unit at FLIR, said: “Our CRS-H platform will give soldiers a powerful, extremely mobile, yet highly transportable UGV, ready to deploy at a moment’s notice to keep them out of harm’s way. This win is a testament to our employees who’ve designed such an advanced, multi-mission UGV. We look forward to working with the Army to get this robot into the field and deployed with our warfighters.”