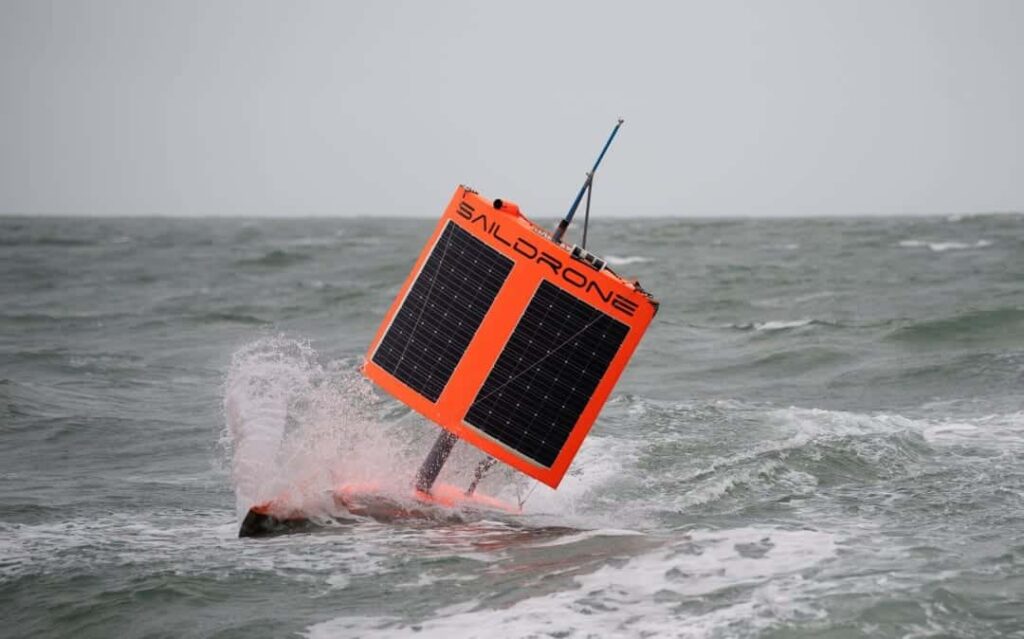 Saildrone, a provider of oceanographic and atmospheric data, has announced that one of its unmanned surface vehicles (USVs) has become the first unmanned system to circumnavigate Antarctica. The 7-meter (23-foot) long wind-powered vehicle, known as SD 1020, was equipped with a suite of climate-grade sensors and collected data in previously unchartered waters, enabling new key insights into ocean and climate processes.

The 196-day mission was launched from Southport in Bluff, New Zealand on January 19, 2019, returning to the same port on August 3, after sailing over 22,000 km (13,670 miles) around Antarctica. During the mission, the vehicle survived freezing temperatures,15-meter (50-foot) waves, 130 km/h (80 mph) winds, and collisions with giant icebergs.

The Southern Ocean plays a key role in regulating heat and carbon for our planet. It is so remote and inhospitable that even big ships try to avoid it in the winter. As a result, this region is critically under-sampled, leaving pressing scientific questions unanswered. However, the nimble and rugged Saildrone not only survived the Southern Ocean winter but streamed back vital new data from previously unsampled territory.

Carrying an instrument developed by the National Atmospheric and Oceanographic Administration (NOAA) to measure carbon fluxes, the Saildrone recorded evidence that the Southern Ocean released significant carbon dioxide during the winter months – a fact that could have major implications on global climate models.

Find Suppliers and manufacturers of USVs >

“The extreme weather conditions of the Southern Ocean winter were the final frontier for Saildrone and with the completion of the Antarctic circumnavigation, there is now no part of the world’s oceans that we cannot measure,” said Richard Jenkins, Saildrone founder & CEO. “It is vital that we drastically improve the understanding of our oceans, which are one of the key drivers of our climate, and ultimately our future.”