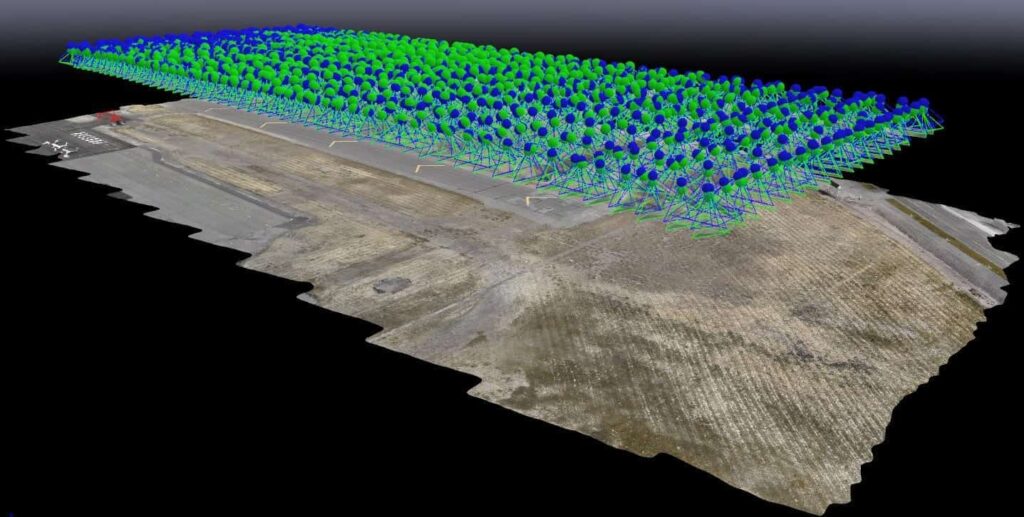 The aerial surveys, which took place at Sunnyside Municipal Airport (1S5) and Prosser Airport (S40), were designed to assess the use of photogrammetry to evaluate runway obstacles. This is the first time the technique has been used for WSDOT Aviation’s 5010 airport inspections.

AeroTEC’s Part 107 pilots flew a UAS to capture a series of images used to create virtual models of the airports. The models were then analyzed and used to identify obstacles in a predetermined area near the end of each runway as required by the Federal Aviation Regulations (14 CFR Part 77). By utilizing this UAS-enabled photogrammetry technology, AeroTEC was able to provide WSDOT a runway obstacle report at a far higher degree of accuracy and lower cost than traditional methods.

“The successful completion of these aerial photogrammetry surveys means we have found a significant cost-saving opportunity for the taxpayers of Washington state,” said David Fleckenstein, Director of WSDOT Aviation Division. “Utilizing UAS to map airports and provide precision data in regards to obstructions around airports is just one of the many uses we envision. This is a great first step in leveraging the technology to perform tasks that traditionally took a lot of time and effort.”

AeroTEC is actively expanding its UAS capabilities and is in the process of establishing a UAS test range in Washington state for testing all aspects of UAS. It is also developing new applications for this technology such as in-hangar aircraft inspections, 3D aircraft rendering and external aircraft inspections.

“AeroTEC’s goal is to help other aerospace companies develop, test and certify new, innovative technologies such as UAS, autonomous flight and electric flight,” said Lee Human, AeroTEC President and CEO. “This was an interesting project for AeroTEC because it was an opportunity for us to develop a practical application for UAS technologies that we can continue to use to benefit our customers. This was a proof-of-concept project, but the applications for this technology are vast.”