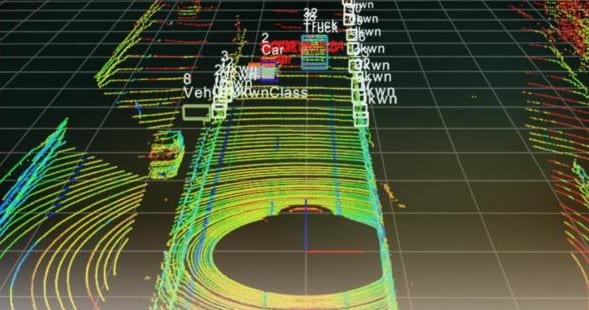 Zenuity, a developer of software for self-driving cars and ADAS (Advanced Driver Assistance Systems), has announced that it has partnered with CERN (European Organization for Nuclear Research) to develop new rapid machine learning technologies for autonomous cars.

Sensors on an autonomous driving platform, such as cameras, LiDAR and radar, generate a massive volume of data, even under normal driving conditions, while identifying pedestrians and vehicles. A key issue in the development of such platforms is the processing and interpretation of this data. The collaboration between CERN and Zenuity aims to speed up the development of solutions for quicker prediction and decision-making, a key step on the route to completely eliminating car collisions and associated injuries and fatalities.

CERN’s particle physics experiments with its Large Hadron Collider (LHC) also produce large amounts of data that must be processed quickly. This experience will be vital to solving the autonomous driving challenge, and CERN will be utilising Field-Programmable Gate Arrays (FPGAs), a hardware solution that can execute complex algorithms in micro-seconds, to develop fast machine learning applications.

Dr. Dennis Nobelius, Zenuity’s chief executive, commented: “I think it says something important about the collaborative nature of science that an organization like CERN that conducts high-energy particle collisions can work with a company that is dedicated to completely eliminating collisions…in traffic.”

Zenuity hopes that their collaboration with CERN will push the boundaries of deep learning by reducing the runtime and memory footprint of the relevant algorithms without reducing accuracy, while simultaneously minimizing energy consumption and cost.

“I personally view this collaboration as a manifestation of the fact that this rapidly developing technology not only spans across different industries but also across the boundary between scientific research and industry, and this kind of cross-disciplinary collaboration is needed to reach ambitious goals,” continued Dr Nobelius.