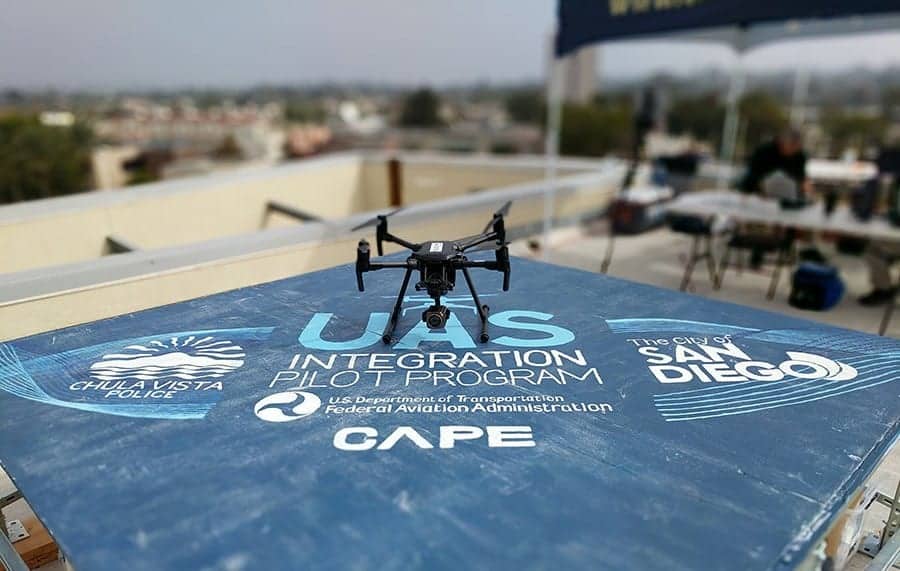 Skyfire Consulting, a public safety UAV (unmanned aerial vehicle) consultancy, has announced that it has received FAA approval for the first active emergency response Certificate of Authorization with a Beyond Visual Line of Sight (BVLOS) provision for public safety as part of the FAA’s IPP program.

Working on behalf of the Chula Vista Police Department with the support of the City of San Diego, and in partnership with software company Cape, Skyfire authored an extensive safety and risk mitigation analysis that cleared the way for the police department to operate its drones over a much larger area within its jurisdiction.

“This authorization truly pushes the boundaries of what’s possible for public safety agencies with drones,” said Ben Kroll, Skyfire’s COO, and lead on the Chula Vista project. “It wouldn’t have been possible without the immense support of the FAA’s IPP team and our very dedicated and patient partners at CVPD, Cape, and the City of San Diego.”

Since October 2018, Chula Vista Police Department has operated the first Drone as a First Responder program in the US, in partnership with Cape, where drones are integrated into daily emergency response operations as part of the San Diego Unmanned Aircraft Systems (UAS) Integration Pilot Program (IPP). Since its launch, CVPD drones equipped with the Cape Aerial Telepresence platform have conducted more than 300 flights, accounting for more than 80 hours of flight time without incident or accident, and have contributed to more than 40 arrests.

The new authorization will increase the total footprint of coverage for emergency response operations from a three to nearly 40-square-mile area. Compared to the current regulation, which prevents the drone from being flown beyond the Pilot-in-Command’s (PIC) line of sight, CVPD will now be able to operate drones up to three nautical miles from the PIC, or more than 10 times the previous coverage area.

Cape-enabled drones are dispatched to high-priority calls from the CVPD headquarters. The drone’s onboard camera live streams HD video to the teleoperator in the command center, who can maneuver the drone and the camera remotely in real-time in order to gain the exact visibility needed. With the drone typically arriving on scene well before responding ground units, the command center can better identify and dispatch needed resources to the scene. Responding officers can also view the live stream en route to the scene on their mobile devices, giving them full visibility of the situation to which they are responding.

“This COA is a recognition of the vision our industry has been striving for, to allow drones to arrive on scene before we put law enforcement officers and firefighters in harm’s way,” said Kroll.

Skyfire’s partnership with Chula Vista Police Department, Cape, and the San Diego IPP team is the latest example of the company’s mission to improve the lives of first responders, and the safety of the public, using UAVs. Skyfire’s team of pilots, project managers and intelligence analysts recently became the first team to provide live streaming aerial video to law enforcement agencies during the NFL Superbowl.