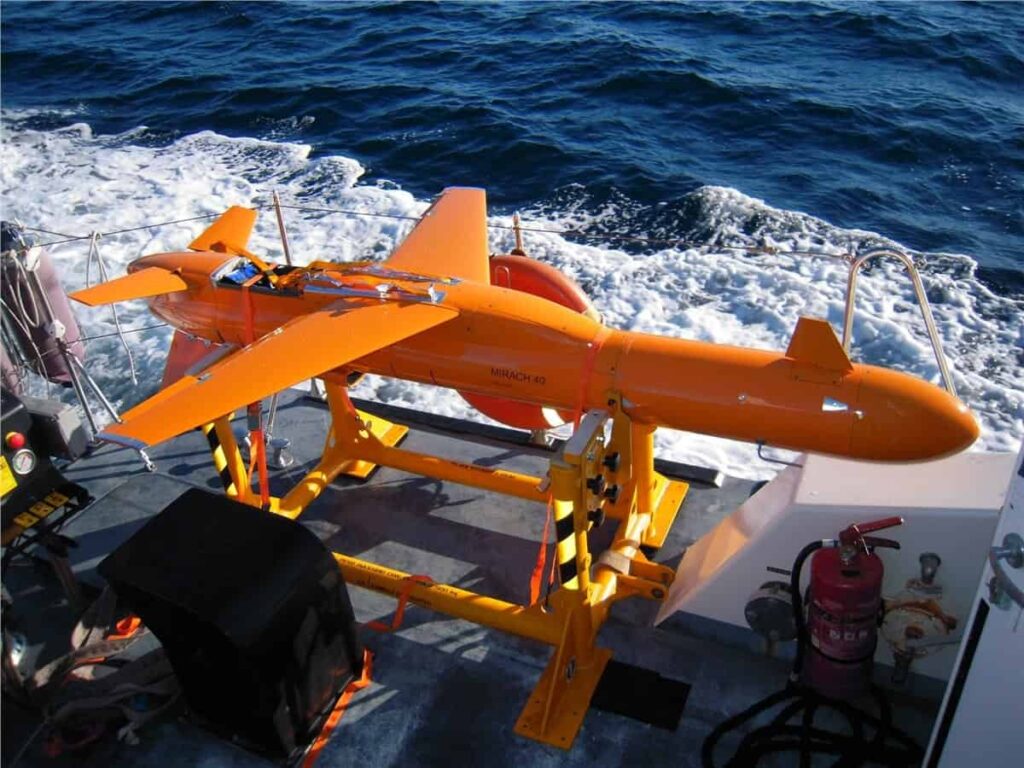 Leonardo has announced that its new M-40 target drone has flown its first live missions for the Italian Navy in a recent training exercise at an Italian joint armed forces test range. The exercise saw the aircraft carrier Cavour and its complement of AV8B+ fighter aircraft training alongside the Navy destroyer Mimbelli against M-40 drones which were simulating a range of incoming threats.

The M-40 is an unmanned aerial vehicle (UAV) which is able to convincingly mimic a variety of aircraft and missiles. During the exercise, the M-40 played the part of a missile to simulate an attack against the Italian naval vessels and separately acted as a hostile enemy fighter in air-to-air combat scenarios. During these missions, the Navy personnel were able to ‘shoot down’ the reusable M-40 in realistic scenarios, allowing them to train with weapon systems including Aspide missiles.

Leonardo owns and operates the M-40 on behalf of the Italian Armed Forces, under a managed service arrangement with the NATO Support and Procurement Agency (NSPA). This exercise was the first set of missions to make use of the M-40, which is able to represent a full spectrum of radar, infrared (IR) and visual threats. Because of its lower operating costs, the M-40 was able to provide the same level of training as previous exercises at a significantly reduced cost.

Alongside the M-40, Leonardo continues to offer the Mirach 100/5, which shares a ground control station with the new M-40 and can imitate the highest-performance threats facing armed forces. During the Italian Navy exercise, the Mirach 100/5 was employed to simulate a missile attack against the naval vessels, allowing the crew to train with SM1 and Aster 15 missiles.

In addition to providing the Mirach 100/5 for a number of export customers, Leonardo has operated the target drone for 20 years under a managed service arrangement for the Italian Armed Forces. The new M-40, which has 60 minutes endurance, is now being used to supplement this capability.