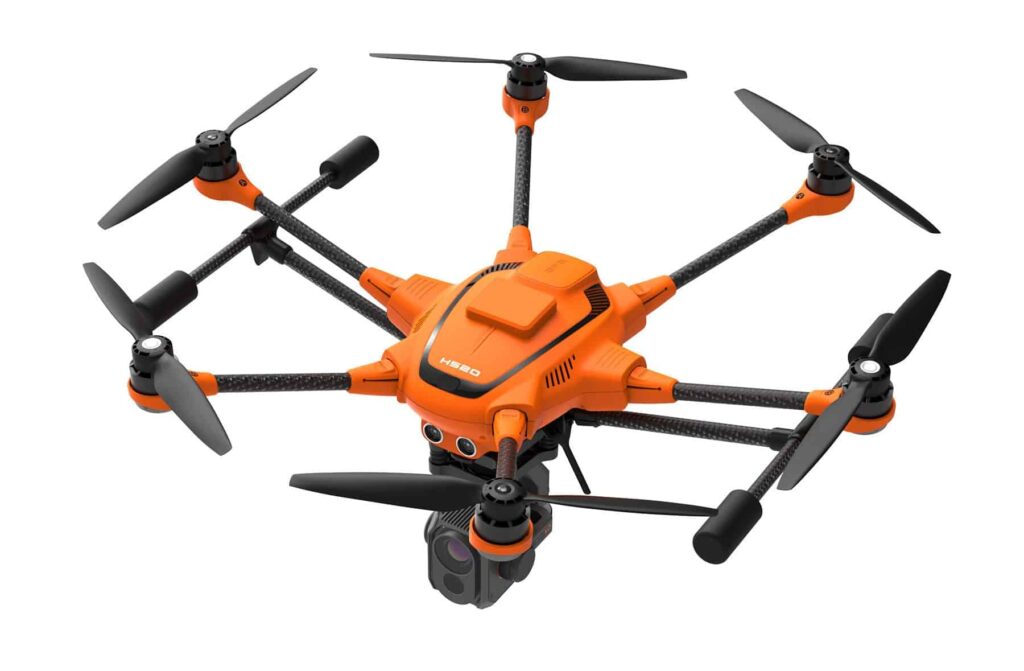 The new H520 RTK is suited for commercial applications that require maximum precision. By using RTK technology, the H520 can now fly much closer to objects for inspection as the UAV positions itself precisely in the centimeter range (1 cm + ppm horizontal / 1.5 cm + ppm vertical) rather than in the meter range, which is standard for the H520. This accuracy is paramount for applications where several images need to be taken at the same location on different days including: documenting progress on construction sites, inspecting mountain landscapes to prevent natural hazards such as rock falls or avalanches, and forensic accident scene reconstruction. In addition, the satellite navigation system makes it possible to significantly reduce image overlaps, which means fewer photos and shorter model calculation times, maximizing efficiency in workflows.

The RTK system is not only fully integrated into the hardware, but also into the UAV’s software. This means the user retains the full range of functions of the DataPilot software at their disposal, including mission flights. The H520 RTK works with two components: the RTK module on board the H520 and a base station on the ground. For precise navigation, the module supports constellations of up to three different satellite systems from GPS, GLONASS, Galileo and BeiDou.

If the use of a ground station is not possible, the system can also be operated with a national reference station network (network RTK). The network RTK is provided by third-party providers and requires an Internet connection, such as a mobile hotspot. All data including satellite data is recorded, which makes the H520 RTK ideal for Post Processed Kinematics (PPK).

The H520 RTK will be available as a complete system including the H520 airframe and RTK module, and as an upgrade for existing H520 customers.