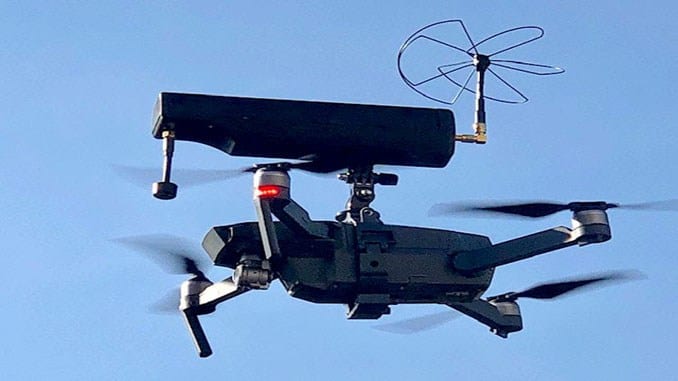 The Xtender module being tested weighs 220 grams and is 20x5x5 cm. It can be deployed in handheld UAVs as part of the aircraft, or on large UAVs either integrated or on Horizon Technologies’ XPOD-UAV pod. The test configuration was developed primarily for an Asian Legal Intercept [LI] requirement and involves satphone geolocation and intercept combined with a 4K mini-EO camera on the UAV. The production version for NATO/FRONTEX customers will be MILSPEC and fully qualified to DO-160.

John Beckner, Founder and Owner of Horizon Technologies, noted: “Xtender is now a reality and it will drastically change the way this type of SIGINT is collected and passed to the warfighter. Instead of waiting for SIGINT data from larger manned aircraft and strategic UAVs, small tactical units will now be able to collect and action this valuable type of SIGINT.” Beckner adds that “Xtender will be in service and operational next year with at least three end users.”