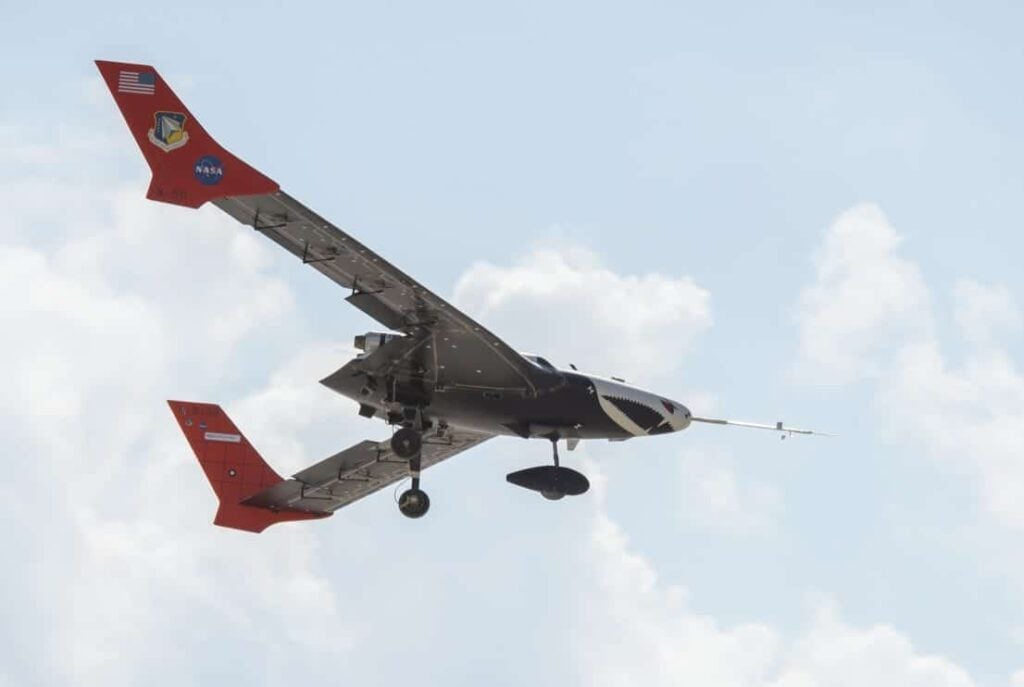 NASA has announced that it plans to perform a series of tests with the subscale X-56A unmanned aerial vehicle (UAV) to investigate technology for designing aircraft with highly flexible, lightweight wings, such as future long-range, fuel-efficient airliners.

A risk reduction flight has already taken place and demonstrated that past challenges experienced during takeoffs and landings have been resolved, according to Cheng Moua, X-56A project manager. Researchers redesigned the landing gear and braking system to improve performance, and the flight controller was revised, extensive analysis completed and ground vibration data collected to update theoretical models to improve predictions on how the aircraft will fly.

Long, lightweight flexible wings similar to the ones on the X-56 are are especially vulnerable to a destructive vibration known as flutter at lower speeds. If those vibrations are not alleviated, they could cause controllability challenges or potentially compromise the aircraft’s structure. Moua explained that flutter has not been restrained before on an aircraft like the X-56, and flutter suppression could lead to improved ride quality, efficiency, safety and the longevity of flexible aircraft structures.

Armstrong engineers have developed a flight control system and advanced sensors to gather the information required to achieve the project’s goals, and future test flights will be performed gradually to rigorously implement each new stage of the project.

Watch a video of the X-56A’s test flight below: