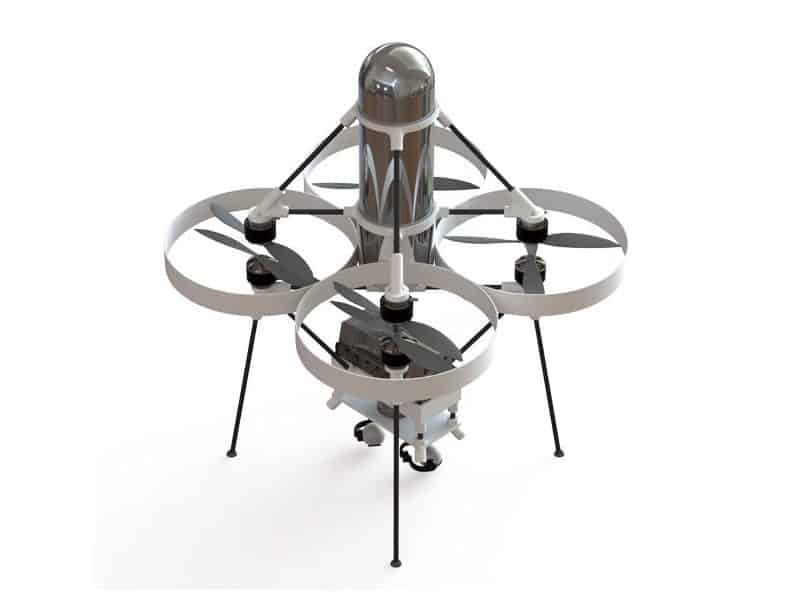 “We view the Jupiter-H2 as a game-changing vehicle,” said FlightWave CMO Edmund Cronin. “It’s particularly well suited to use cases requiring both long flight time and stable maneuverability in narrow indoor or outdoor spaces — for example, in a very large but cramped warehouse.”

Intelligent Energy’s hydrogen fuel cell technology gives the Jupiter-H2 certain advantages over battery-powered UAS:
High-endurance: Most quadcopters have limited flight times of about half an hour. The Jupiter-H2 nearly quadruples the flight endurance of those typical aircraft, thanks to hydrogen’s high energy-to-weight ratio — packing a lot more energy into each flight.
Heavy Lift: Extra energy and lighter energy means more power to lift & carry payloads.
Clean, Quiet, and Emission Free: Fuel cells have no moving parts – they are virtually silent and pollution-free, emitting only a tiny amount of water vapor.

“Our partnership with Intelligent Energy has been a key element of the Jupiter-H2’s development,” added Cronin. “They are pushing the limits of hydrogen fuel cell technology, making the fuel cell lighter yet more powerful.”

The two hours of flight time is approximate and varies with the payload, which can be a maximum of 1,250 g (2.75 lbs), enabling simultaneous use of multiple sensors and cameras. Subsystems can draw power directly from the fuel cell, thus avoiding the need for those systems to carry their own batteries, which reduces overall weight.

Julian Hughes, Senior VP of Intelligent Energy US Inc, said: “It’s great to be back at InterDrone launching this game changing product, just 12 months on from demonstrating a prototype. We are delighted to be working with FlightWave, a company which shares our vision and passion for creating innovative solutions to realize the full potential of commercial UAS.”