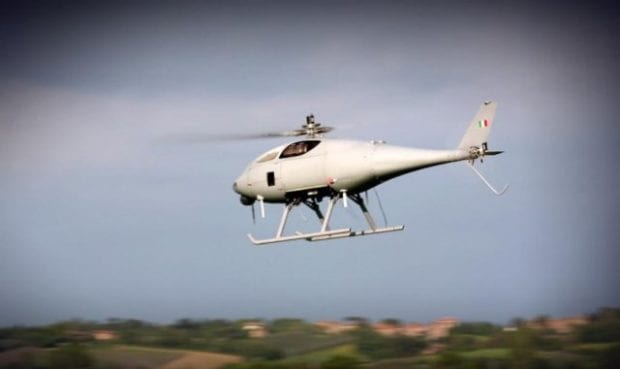 Leonardo has announced that it has unveiled its new Gabbiano TS Ultra-Light (UL) surveillance radar, the result of the company’s efforts to package all the technology and modes of its successful range of Gabbiano radars into a product weighing less than 24kg. The new multi-mode, multi-mission, mechanically scanning product is Leonardo’s lightest-ever surveillance radar.

The Gabbiano UL is being exhibited at the show integrated onto the company’s ‘AWHERO’ mini unmanned rotorcraft. The radar is comprised of two units, a 12-inch nose antenna and separate Receiver Transmitter Processor (RTP), and its compact size and reduced weight make it suited to small unmanned aerial systems (sUAS) as well as the smallest manned fixed and rotary-winged aircraft.

The Gabbiano TS UL can also work with an Automated Identification System (AIS) and can cue electro-optic sensors, making it an effective solution for maritime patrol missions even from small or mid-size vessels.