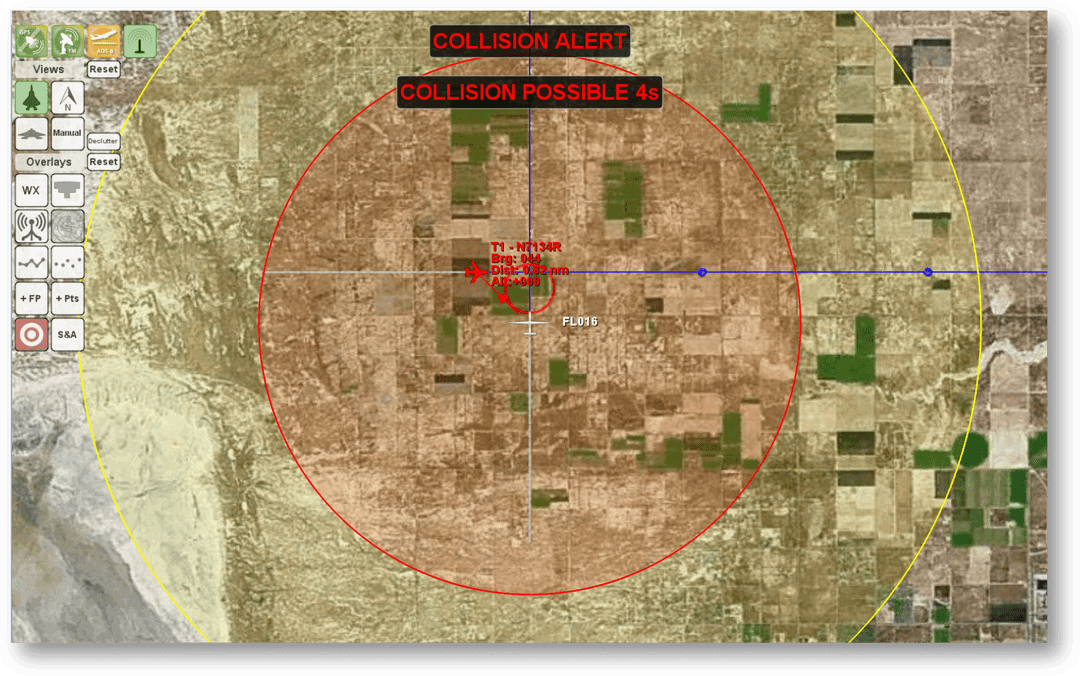 Vigilant Aerospace has completed successful beyond line-of-sight (BLOS) flight testing of its new FlightHorizon detect-and-avoid collision avoidance system for unmanned aircraft at the NASA Armstrong Flight Research Center in Edwards, California. The tests demonstrated the system’s ability to provide beyond line-of-sight flight safety for both small and mid-sized unmanned aircraft to help comply with FAA regulations and integrate drones into the national airspace.

Eighteen different scenarios were flown multiple times using two DJI Phantom 4 drones with one aircraft acting as the primary ownship while the other acted as an intruder aircraft. The scenarios triggered the system’s traffic alerts, threat alerts and collision warnings, allowing the drone pilots to avoid collisions between the aircraft. The encounters included beyond line-of-sight flights that simulated real-world scenarios in which visual detection of approaching aircraft by ground-based unmanned pilots might not be possible due to distance, weather, altitude and speed.

The tests were observed by the FAA’s senior UAV regulator, by an FCC observer to monitor radio transmissions, and were the culmination of a multi-month program of development, safety planning and test preparation.

Vigilant Aerospace has exclusively licensed the NASA patent and software which forms the basis for the company’s FlightHorizon product and was invented by Dr. Ricardo Arteaga at NASA Armstrong. A significant advantage of the FlightHorizon system is that it utilizes off-the-shelf hardware, uses the existing national air-traffic control system and can be used on both smaller and larger UAVs.

Sense-and-avoid systems are critical to integrating unmanned aircraft into the national airspace and to make beyond line-of-sight drones safe to share airspace with manned aircraft. FlightHorizon is designed to comply with FAA drone regulations on beyond line-of-sight flight, night flying and airspace authorization including Part 107.200 waiver requirements and RTCA SC-228 operating standards. All transponder data was logged in FlightHorizon and is being used by NASA and Vigilant Aerospace to continue to improve and add new features to the system.