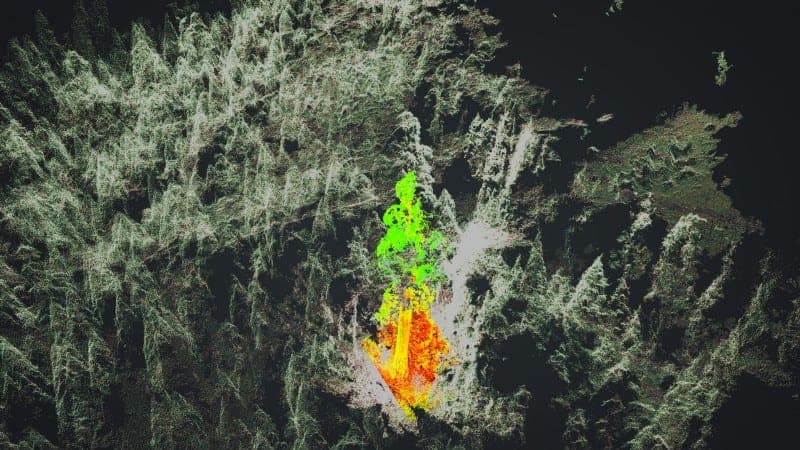 Pix4D has announced that, as part of a joint project with Parrot, it has used drones and multispectral technology to create a 3D NDVI point cloud of Whitaker’s Forest in Kings Canyon National Park, giving researchers access to information previously hidden. Large air purifiers such as the giant sequoia trees in the Californian national park are key for the environment, and studied to measure how much CO2 they capture.

Vegetation is not only analyzable from the top-down, but also in 3D, allowing foresters, agronomists and a wide range of other environmental workers to recognize problems in the whole structure of the plant. For example, forest conservation organizations can document the trees with both geometric and radiometric information much faster, rather than spending days to survey and CAD-draw individual trees.

The end result is a 3D NDVI point cloud, where plants can be observed and scouted in their entirety, adding a new dimension to an industry previously constrained to information from plant canopies.

Watch the video below for more information: