MBDA Brimstone Missile to be Tested for RAF Protector UAS 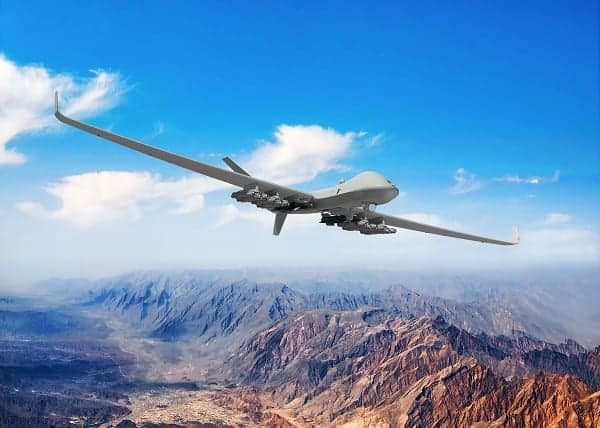 MBDA Systems has announced that its Brimstone precision strike missile is being planned as the UK’s guided missile solution for the Royal Air Force’s Protector Remotely Piloted Air System (RPAS) programme. If confirmed, the General Atomics Aeronautical Systems Inc (GA-ASI) Certifiable Predator B will enter service with the British weapon.

The integration plan is included as part of the Ministry of Defence’s Main Gate selection of the aircraft and, if agreed, the missile will be integrated and fielded in line with the Platform’s introduction to service.

MBDA will now work together with UK MoD, US DoD and GA-ASI towards a programme which would see the missile undergo integration onto the Air System with trials and firings towards the end of the decade. The missile has already successfully completed a series of trial firings on MQ-9 Reaper during early 2014 that saw the weapon engaging 70mph and manoeuvring targets with extreme precision from the RPAS; unmatched by any other weapon since.

The missile promises to arm Protector with the ability to strike fast moving, manoeuvring targets with both man in the loop post launch guidance and also autonomous post launch all weather capabilities. This confirms that the missile is a true multiplatform weapon that can operate across fast jets, RPAS and, most recently, helicopters. A number of further enhanced capabilities are planned to be developed and incorporated into the solutions for Protector, AH-64E and Typhoon, demonstrating MBDA’s commitment to spirally evolve the weapon to meet changing customer needs and adapting to new threats.

The UK Sales & Business Development Director, James Allibone, highlighted the significance of the news, saying: “Brimstone offers customers the ability to have one missile that can operate across their fleet of operational aircraft, whether they are jets, RPAS or helicopters. One missile for all platforms means customers benefit from simplified and more efficient training, logistics and inventory management as well as Brimstone’s outstanding precision against the most challenging of targets.”