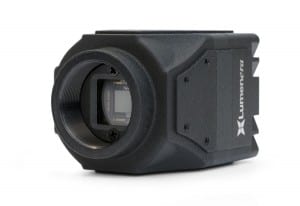 Lumenera, a provider of high-performance cameras and imaging systems used in UAVs, has released details of how their industrial USB 3.0 Lt965R cameras are being used in a UAV system designed to monitor vegetation health.

AggieAir have used UAVs equipped with off the shelf, point-and-shoot style cameras to monitor soil moisture content and vegetation health for a number of years. However, the need for higher quality images, greater precision and a lighter payload led them to look for alternative camera solutions. The team now use two 9 Megapixel Lt965R USB 3.0 cameras, weighing just 175g each, to meet their imaging requirements.

The colour variant of the Lt965R camera was selected to photograph the colour spectrum and the monochrome model was selected to capture Near Infrared (NIR) as well as the red edge of the scene. This wealth of highly accurate, broad spectrum data allows for excellent computation of the Normalized Difference Vegetation Index (NDVI) – which can determine the health of vegetation by measuring different wavelengths of light absorbed and reflected by the plants and soil. 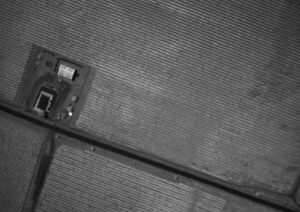 AggieAir have been able to achieve a higher resolution with fewer pixels, as they transitioned from a 10 megapixel point and shoot to the 9 Megapixel Lt965R that does not require an anti-aliasing filter for UAV applications. As such, each pixel is now able to capture raw data instead of assigning a subset of pixels to perform unneeded filtering operations. In addition, the removal of the filter allows for sharper images as the blurring it causes is no longer an issue. The Lt1265R was then added to AggieAir’s portfolio of sensors to offer extra resolution at 12 megapixels. 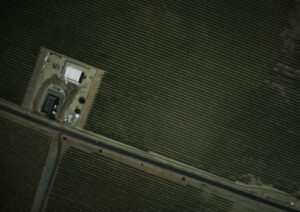 Both the Lt965R and Lt1265R offer 14 bits of information per pixel with a respective dynamic range of 65dB and 59dB, which is output in unaltered raw format to maximize the usable data. This results in a significant increase in data quality to be analyzed by AggieAir’s post processing software.

The move from a consumer-grade point and shoot camera to a robust, industrial-grade camera introduced new features and functionality that come with commercial-grade equipment. The camera’s General Purpose Input-Output (GPIO) port was used to reduce inconsistent triggering delay from around one second to the order of microseconds. This allowed AggieAir to deterministically control and trigger both cameras simultaneously to ensure near-seamless image overlay of the color and monochrome frames. Lumenera also provided AggieAir with their Linux API and SDK as well as technical assistance to facilitate the integration with their existing Linux operating system aboard the plane.

The upgraded camera system, along with other enhancements, has allowed AggieAir to expand from the Agriculture domain to four other key areas of UAV imaging and analysis. They have recently had advancements in the Civil Domain – assessing roads and bridges, in Riparian Studies such as hydraulic modeling, in Wetlands Management to address invasive agricultural species, and in Emergency Response where flooded land can be quickly imaged and mapped out.