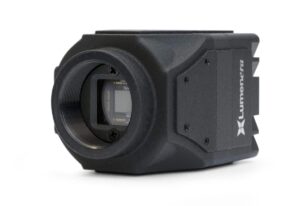 The Lumenera Linux SDK 2.1 software maximizes the high-speed, high-resolution features of Lumenera’s USB 3.0 cameras, which are used in a diverse range of industrial, scientific and security applications such as payloads for unmanned aircraft. Lumenera chose to formally support Ubuntu Linux with its cameras as it is used by many development teams around the world because of its strong presence globally, versatility, reliability, and extensive developer libraries. Ubuntu has regular Long Term Support (LTS) releases that are supported for five years, making it an ideal choice for developers.

“Over the last few years, there has been a significant increase in the availability, performance/power and support of embedded platforms using ARM based processors, largely driven by advances in portable electronic devices,” said Todd Robinson, Product Manager for Lumenera. “With the release of our Linux 2.1 SDK, we are able to support customers that are integrating our cameras into systems that are based on these increasingly popular embedded platforms.”

Given the wide range of SBC (Single board computer), SoC (System on Chip) and different available versions of Linux, Lumenera has focused its attention on supporting the most popular configurations: Raspberry Pi 2/3, NVidia Jetson TK1 and ODroid XU3/4.