MEMSIC Identifies and Explains the Sensing Technologies used in Drones

MEMSIC Inc., a leading sensing solutions provider, has released a new whitepaper that spotlights and explains the various types of sensors and sensing technologies found in a typical drone product. This article highlights the key findings; the full whitepaper can be downloaded here: http://www.memsic.com/about-memsic/publications.cfm.

Demand for drones/UAVs is growing rapidly across the globe, with drones being used for a number of military and, increasingly, commercial applications. Various sensors and sensor technologies have critical roles in the function and performance of drones, and are also allowing drones to be used new and more innovation ways. Here, we outline the underlying sensor technologies that make drones work. 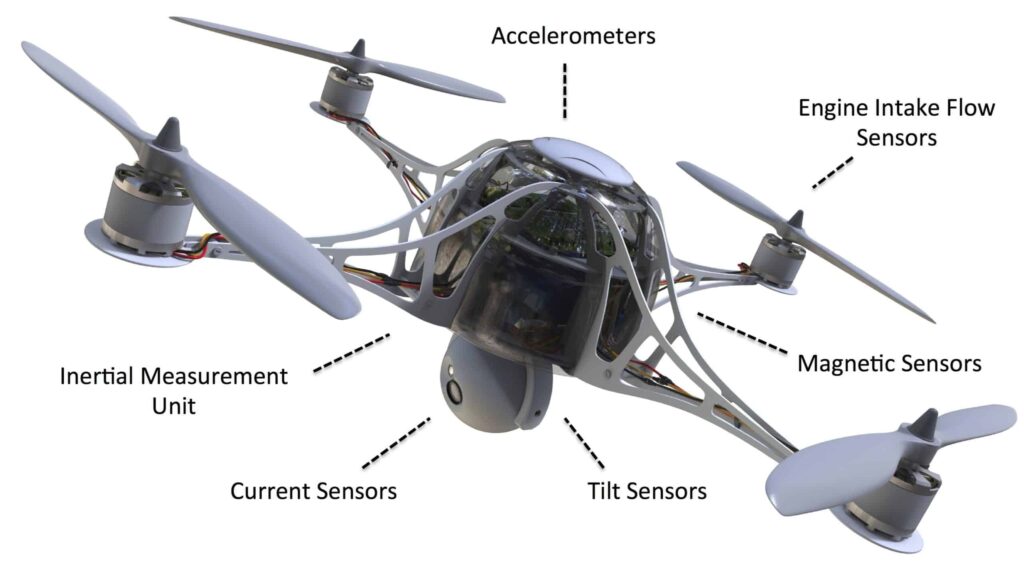 Accelerometers
Accelerometers are used to determine position and orientation of the drone in flight. Like your Nintendo Wii controller or your iPhone screen position, these small silicon-based sensors play a key role in maintaining flight control. MEMS accelerometers sense movement in several ways. One type of technology senses the micro movement of very small structures embedded small integrated circuit. The movement of these small ‘diving boards’ change the amounts of electrical current moving through the structure, indicating change of position relative to gravity.

Another technology used in accelerometers is thermal sensing which offers several distinct advantages. It does not have moving parts, but instead senses changes in the movement of gas molecules passing over a small integrated circuit. Because of the sensitivity of these sensors, they play a role in stabilizing on-board cameras, which are vital for applications like filmmaking. By controlling up and down movement, as well as removing jitter and vibration, filmmakers are able to capture extremely smooth looking video. Additionally, because these sensors are more immune to vibrations than other technologies, thermal MEMS sensors are perfect in drone applications to minimize problems from the increased vibration generated by the movement of rotating propulsion fans/propellers. 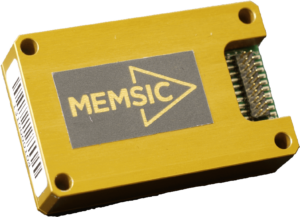 Tilt Sensors
Tilt sensors, combined with gyros and accelerometers provide input to the flight control system in order to maintain level flight. This is extremely important for applications where stability is paramount, from surveillance to delivery of fragile goods. These types of sensors combine accelerometers with gyroscopes, allowing the detection of small variations of movement. It is the gyroscope compensation that allows these tilt sensors to be used in moving applications like motor vehicles or drones.

Current Sensors
In drones, power consumption and use are important, particularly those that are battery powered. Current sensors can be used to monitor and optimize power drain, safe charging of internal batteries, and detect fault conditions with motors or other areas of the system. Current sensors work by measuring electrical current (bidirectional) and ideally provide electrical isolation to reduce power loss and eliminate opportunity for electrical shock or damage to the user or systems. Sensors with fast response time and high accuracy optimize the battery life and performance of drones.

MEMSIC’s Technology Suite for Complex Systems
MEMSIC’s MEMS technology is unique, in that it combines rugged silicon wafer fabrication with integrated circuit technology, all on one chip. This increases the robustness of the sensors and systems while providing maximum tolerance to high g forces and vibration. MEMSIC’s portfolio of accelerometers are used in a wide variety of applications, and in addition to drones, play a critical role for example, in automotive safety systems such as stability control and rollover detection. MEMSIC’s accelerometers are thermal sensors as described above. Because there are no moving parts, just moving molecules, the robustness is unmatched.

The same basic technology used so effectively in measuring acceleration can also be used to measure gas flow. MEMSIC’s mass gas flow and differential pressure sensors are small in size, and offer class leading power consumption and dynamic range. They are perfect for mobile applications such as the gas-powered drone pictured above and new classes of therapeutic medical devices.

MEMSIC’s series of inertial navigation units (IMUs) are used in hundreds of types of aircraft. These FAA rated units play an increasingly important role in guidance for new types of aircraft and systems where directional accuracy is a must, from agricultural drones to autonomous vehicles. MEMSIC’s new IMU380 product line is small, rugged, and designed for applications like personal aircraft, drones, and farm equipment.

Tilt sensors with gyro compensation are essential to keeping industrial and construction machinery level. These highly accurate sensors play a role in safety critical applications. These are also used in consumer products like riding lawn mowers and motorcycles.

Sensors are more essential to complex products than ever. In today’s critical environments, safety and security of successful operations rely on critical input that is derived from highly accurate and reliable sensing technologies.