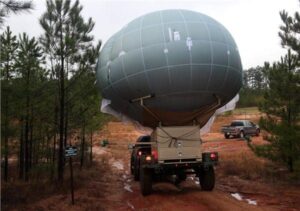 Drone Aviation Holding Corp., a manufacturer of tethered drones and lighter-than-air aerostats, has announced that it has been awarded a multiple unit contract from the US Department of Defense for its Winch Aerostat Small Platform (WASP) tactical aerostat system.

Production on the contract, valued in excess of $780,000, has commenced. The Gen 2 WASP systems feature a number of enhancements including:

Jay Nussbaum, Chairman of Drone Aviation Holding Corp., stated, “This DoD contract marks the latest milestone for the WASP which continues to demonstrate its unique capabilities and ability to meet evolving mission requirements. Having proven its capabilities through numerous Army exercises, the WASP is building a strong reputation for value, both on the battlefield as well in its potential role in national security. With this generation of the WASP, we are moving this Company from its development phase into a commercialization stage focused on aerial products designed for the military and civilian commercial markets.”

The WASP is a highly tactical and mobile aerostat system that provides day/night video and wireless communication range extension. It has undergone testing for use in Border protection applications as well as undergone extensive evaluation and continual refinement over the past 3 years having successfully completed operations in multiple DoD exercises including Army Network Integration Experiments (NIEs) 14.1, 14.2, 16.1. where the WASP has been utilized by the U.S. Army as a tactical battlefield solution that can support ground based soldiers and aerial retransmissions.