Velodyne LiDAR Sensors to be Used in US Army Autonomous Shuttles 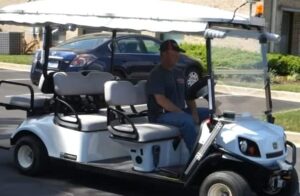 Velodyne LiDAR has announced that military contractor Robotic Research, LLC has successfully deployed Velodyne’s VLP-16 real-time 3D LiDAR sensor on an autonomous shuttle, as part of the Applied Robotics for Installations and Base Operations (ARIBO) program. The program seeks to improve services at posts like Fort Bragg, in North Carolina, meeting the critical needs of soldiers on the base.

Under a contract serving engineers from the U.S. Army’s Tank and Automotive Research, Development and Engineering Center, Robotic Research led a new pilot program featuring an autonomously-guided vehicle at Fort Bragg. The vehicle, limited to 15 miles per hour, is expected to be fully autonomous and designed to ferry soldiers from Fort Bragg’s Warrior Transition Unit barracks to Womack Army Medical Center nearly a half-mile away.

“As you would expect on a very large military base, parking is a problem,” said Edward Straub, program lead for ARIBO. “Half the time, according to user studies, soldiers have to park so far out in the parking lots that they walk almost as far as they would from the barracks but have spent a half-hour looking for a parking spot so end up late for their appointments.” Missed appointments can be a significant issue and added costs at medical centers on military bases, and for more reasons than just scheduling difficulties.

“We’re excited about this because our soldiers are able to avoid relying on their own transportation and parking,” said Dennis Small, Deputy Commander for Fort Bragg’s Warrior Transition Unit. “To be able to schedule an autonomous vehicle and tailor it to their schedule, avoiding a sometimes laborious walk that may often be in inclement weather like heat category five is important.”

The Hon. Katherine Hammack, Assistant Secretary of the Army, visited the Fort Bragg Warrior Transition Battalion, WTB, last December, to get an update on Womack Army Medical Center’s driverless vehicle testing. Robotic Research and Velodyne were honored to have such a distinguished visitor take part in the ride that wounded warriors will also be taking. ARIBO will transport wounded warriors from the WTB to Womack Army Medical Center, starting early this year.

In addition to cost savings, the pilot will provide TARDEC (Tank Automotive Research, Development and Engineering Center) engineers with valuable data to grow the program in the future.

“This pilot project will give us information we need to expand the use of automated vehicles to other areas and enable a long-term transportation strategy that involves automated, on-demand transportation,” Straub said. “The implications reach far beyond the immediate pilot group at Womack Army Medical Center and the Warrior Transition Battalion. I’m very excited about this program – it’s an opportunity to learn more about the technology and to determine what we’re capable of doing with the technology, finding the right applications where it can be used.”

In addition to ARIBO, the National Advanced Mobility Consortium (NAMC) and U.S. Army TARDEC recently tapped Robotic Research for its engineering expertise in autonomous software architecture. During the six-year contract, Robotic Research, which is based in Gaithersburg, Maryland, will integrate software on the Autonomous Mobility Applique System (AMAS) Autonomy Kit as part of TARDEC’s Autonomous Ground Resupply (AGR) program.

Under the AMAS/AGR program – and as a result of the ARIBO program success – Robotic Research will be evaluating Velodyne’s VLP-16, as part of the development of a fault-tolerant vehicle-agnostic applique kit, to perform higher-level autonomous driving and planning functions. The Autonomy Kit will implement interoperability profile (IOP) and contain robotic modes including, but not limited to, teleoperation, waypoint navigation, and leader follower. The system will be used on current and future autonomous vehicles and to address the needs of the Autonomous Convoy Operations (ACO) Program of Record (POR).

“We’re encouraged by the NAMC award to continue on our successful path in autonomous software architecture,” said Alberto Lacaze, President, Robotic Research. “This award positions us to prepare for the integration of our software architecture onto other large vehicle platforms. We’re thrilled to be a major part of this Program of Record, and to incorporate Velodyne’s market-leading VLP-16 LiDAR sensor as part of our solution.” Robotic Research’s autonomous software architecture will build off of lessons learned during the AMAS Joint Capability Technology Demonstration (JCTD) to develop the prototype Autonomy Kit.

“Velodyne LiDAR has become the de facto standard for autonomous vehicles, and we’re delighted to participate in programs with Robotic Research,” said David Oroshnik, Director of Technical Solutions, Velodyne LiDAR. “Alberto and his team have been tremendously supportive in adapting the VLP-16 for this application. The Army’s requirements are exacting, and we look forward to helping advance the state of the art for autonomous shuttles.”

Robotic Research is an engineering firm founded by Lacaze and Karl Murphy in 2002, during a resurgence of military interest in unmanned vehicles. Both worked together in the Intelligent Systems Division of the National Institute of Standards and Technology (NIST) in Gaithersburg, when they decided to pursue their interests in unmanned vehicles, artificial intelligence and various unique projects.