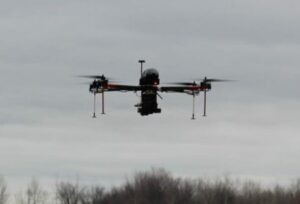 EnergyOr’s CEO, Michel Bitton, stated: “The H2Quad 400 performed beyond our expectations and the success of this demonstration not only gives confidence to move forward with commercialization, but to also develop larger multirotor platforms with even greater payload capacity.” He continued by saying: “EnergyOr is proud to be the first and only company to demonstrate a practical, working fuel cell powered multirotor drone in a real-world operating environment.”

EnergyOr’s fuel cell systems are designed, built and tested to meet customers’ stringent requirements. Based on fuel cell system technology similar to the automotive industry, specific attention has been made to operation at ambient temperature extremes (high and low), high altitudes and in environments where significant airborne contaminants are present (e.g. dust).