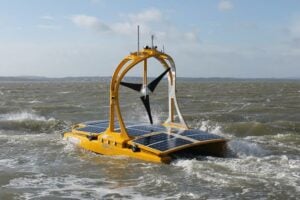 SeeByte, a developer of maritime systems software, ASV, a manufacturer of Unmanned Marine Systems, and the Marine Biological Association of the United Kingdom have been awarded funding to carry out phase two of the Adaptive Autonomous Ocean Sampling Networks (AAOSN) SBRI call. This second phase follows the successful completion of the initial phase of the project.

The aim of the project is to reduce the complexity and frequency of operator input when supervising large fleets of autonomous systems from the shore.

Trials for this project will be conducted integrating SeeByte’s Neptune, which already forms the basis of the UK Maritime Autonomy Framework (MAF), onto various autonomous assets including the ASV’s C-Enduro, a long endurance Autonomous Surface Vehicle, using a common interface and control system. The C-Enduro will operate a multi-beam echo sounder and PAM system.

SeeByte’s Neptune is an adaptive planning tool for optimising the execution of AUV operations. It supports high-level goal-based mission descriptions and allows the matching of mission requirements against vehicle capabilities. Neptune also includes behaviours capable of adapting the mission based on changes in the environment, assets and mission objectives; benefits which will be useful for future unmanned operations.