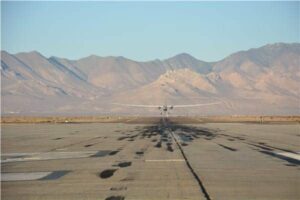 Aurora Flight Sciences, a designer and manufacturer of unmanned aircraft systems, has announced that the company’s Orion aircraft has set the world record for duration of flight for a remotely controlled UAV. Official notification was given by the Fédération Aéronautique Internationale (FAI), with the record being awarded based on the aircraft’s 80-hour, 2-minute and 52-second flight that took place December 5-8, 2014. The previous record for the same class of unmanned aircraft was just over 30 hours, set by a Global Hawk in 2001.

The National Aeronautic Association (NAA) also notified Aurora that the record-breaking Orion flight was being formally recognized by NAA as one of the most memorable aviation milestones of 2014. In 2014 the Orion record flight was also recognized by NAA in naming Orion as a finalist for the Collier Trophy, a highly distinguished aviation award. Officials from NAA were on-hand to supervise and formally witness the Orion record breaking flight in December 2014.

“We’re thrilled to receive notification that FAI and NAA have officially recognized this groundbreaking development in unmanned flight,” said Dr. John Langford, chairman and CEO of Aurora Flight Sciences. “The U.S. military put the challenge to Aurora to develop a long-endurance unmanned system that far exceeded the capabilities of existing technologies. Obviously, when taxpayer dollars are invested, the goal is not only to see if a long-endurance flight can be achieved, but to ultimately deploy the system in support of the American warfighter. We met and exceeded our customer’s requirements for the aircraft. The most important recognition for Orion will come when the aircraft is put to work meeting exactly what U.S. warfighter is calling for – unmanned, persistent surveillance of our enemies. We stand ready to meet this growing demand.”

In recent months, demand from U.S. national security leaders for long-endurance, or “persistent,” intelligence, surveillance and reconnaissance (ISR) capabilities in an unmanned aircraft has been on the rise. Speaking on the floor of the U.S. House of Representatives, House Defense Appropriations subcommittee chairman Rodney Frelinghuysen said: “We believe that a strong intelligence, surveillance and reconnaissance capability is a critical component of the Global War on Terrorism. And yet, a succession of combatant commanders have testified that only a fraction of their ISR requirements are being met, in essence, leaving them blind to the enemy’s activities, movements and intentions.”

Aurora designs and manufactures medium altitude, long-endurance unmanned and optionally piloted aircraft for military ISR requirements and a wide range of commercial applications. “It’s not every day that a U.S. government contractor is tasked with testing the existing boundaries of a given aviation threshold, only to shatter that threshold and establish a world record,” said Langford. “The Orion platform certainly joins our Centaur aircraft as a pillar in Aurora’s growing suite of products that we believe will experience significant demand in the coming years.”

The company’s Centaur optionally piloted, medium altitude, long-endurance aircraft, in service with customers including a European defense agency, also recently became the first large UAS to fly in one of six FAA test sites designed to prepare for integration in the U.S. national air space. The ability to fly manned or unmanned in the sovereign airspace of customer and neighboring countries is a unique capability that greatly reduces costs and logistics, and optimizes the aircraft’s time-on-mission.

“The global threat environment and related ISR requirements are evolving rapidly, and doing so in the context of deep budget cuts,” said Dr. John S. Langford, chairman and CEO of Aurora. “Our go-to market strategy is grounded in the basic notion of a customer-driven contracting approach. We’re doing traditional sale and lease agreements, as well as company-owned and operated deals that allow the government customer to focus more on the acquisition of information, as opposed to airplanes.”