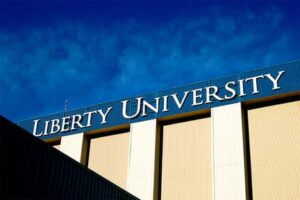 On Dec. 30, the Federal Aviation Administration authorized six public entities across the U.S. to research and test Unmanned Aircraft Systems (drones). Among them is a joint venture between universities in New Jersey and Virginia, including Liberty University. This is a step forward in the FAA’s effort to incorporate drones into the national airspace by 2015.

The Mid-Atlantic Aviation Partnership (MAAP), led by Virginia Tech, has been selected by the FAA to conduct UAS failure-mode testing as well as identify and evaluate operational and technical risk areas. The proposal includes test site ranges across Virginia and New Jersey.

Liberty has been a key player in the competitive selection process, providing support in a number of ways through its School of Aeronautics. Liberty helped Virginia Tech secure $2.6 million in Federal Action Contingency Trust from Virginia to back the proposal.

Liberty’s already well-established UAS program has been an invaluable resource. The program earned the Innovator of the Year award from Virginia’s Region 2000 Technology Council last year.

“Liberty already is training pilots to operate the craft remotely and was a logical participant in developing the Virginia Tech proposal,” said Jon Greene, associate director of the Institute for Critical Technology and Applied Science at Virginia Tech, in an article by the Lynchburg News & Advance.

According to John Marselus, chair of Liberty’s UAS program, the school’s concentration in UAS was built to meet industry needs. Marselus works with industry partners to develop training and curriculum that ensures graduates are fully prepared to fill positions at, and add value to, these innovative companies.

“We have developed a program to train UAS operators. Our graduates are pilots with both FAA private pilot and instrument certifications who understand all the federal aviation regulations,” Marselus said, noting UASs are not really “unmanned;” they still require pilots even if they are not in the craft.

In October, students from the UAS program received UAS operator certification in an Air Force-sponsored training event. Several graduates of the program are currently working in the field.

Liberty also was instrumental in helping the partnership develop safety procedures.
“Because we fly students in our program, we have developed a very mature safety management system and operational procedures that MAAP used as a basis for showing how we would conduct our operations,” Marselus said.

Last year, Virginia nearly passed a law that could have derailed the entire project. In light of growing concerns about privacy, a law was proposed that would have banned drones in Virginia completely. Liberty worked with the Virginia Aviation Board, Office of Economic Development, and state legislators to share vital information about the economic advantages of this project, as well as the many potential benefits of UAS. The law passed but included clauses to ensure UAS development and use in emergency rescue was not hindered.

The economic advantages include attracting a number of industries for UAS research and development to the commonwealth. Marselus said partners in the development of Liberty’s UAS program are likewise going to be contributors to this FAA-supported research project.

Marselus said Unmanned Aircraft Systems can be used to identify safety concerns, such as in traffic or severe weather, or to investigate potentially hazardous conditions and alert appropriate parties to take action. These and many other uses could greatly enhance businesses and, more importantly, save lives.

The School of Aeronautics is already in partnership with the Bedford County Sheriff’s Office to develop solutions that could improve operations and lessen risks for law enforcement.

In June 2013, Marselus joined a team of industry professionals in a presentation on the use of unmanned aircraft in law enforcement during the National Sheriffs’ Association Annual Conference in Charlotte, N.C.

Marselus said he looks forward to continuing to work together with other universities and industry partners to develop these revolutionizing, life-saving solutions.
“This test site initiative is a team approach between industry, academia, and the FAA to incorporate UASs into the national airspace system safely and effectively. I give God all the glory for providing this opportunity.”