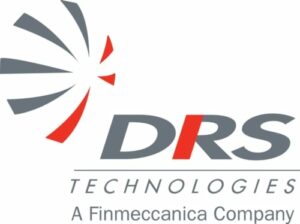 According to the Space and Naval Warfare Systems Command (SPAWAR), the FY13 FLEX UxS Campaign Plan was developed to identify potential solutions to the fleet’s highest priority operational needs. Specifically, the Naval Warfare Development Center (NWDC), in coordination with the Navy Mine and Antisubmarine Warfare Command (NMAWC), solicited industry participation to demonstrate highly mature mine warfare capabilities that either improve large geographic area search or automate detection and classification of undersea mines and maritime IEDs.

The FLEX demonstration offered the opportunity to operate in a high-clutter tactical mine warfare environment. Over three days, 1,100 contacts were processed in real-time with a final tally of 44 MILCOs (Mine-Like Contacts) and very low false alarm rates. T-SAS, a mature and highly reliable system, was operational throughout the entire demonstration with more than 60 hours of in-water operations.

The AAC T-SAS system is an upgraded version of the TSM 2054 Side Scan Sonar, which is towed from both manned and unmanned vessels and has been in service with the Danish Navy since the late 1990s. The T-SAS is currently in service in the French Navy and in an Asian country. Its automated active control tow body (stabilization and automatic bottom following) is highly stable and produces extremely high quality Synthetic Aperture Sonar (SAS) images even in high sea state conditions with the highest resolution in service in the world. The system was recently qualified for operation with an unmanned surface vehicle (USV) as part of the French ESPADON program, the towed body being automatically deployed/recovered with a LARS (Launch and Automatic Recover System patented) up to high sea state. Additionally, the T-SAS is currently in production with a LARS to be installed on a USV for an Asian country.