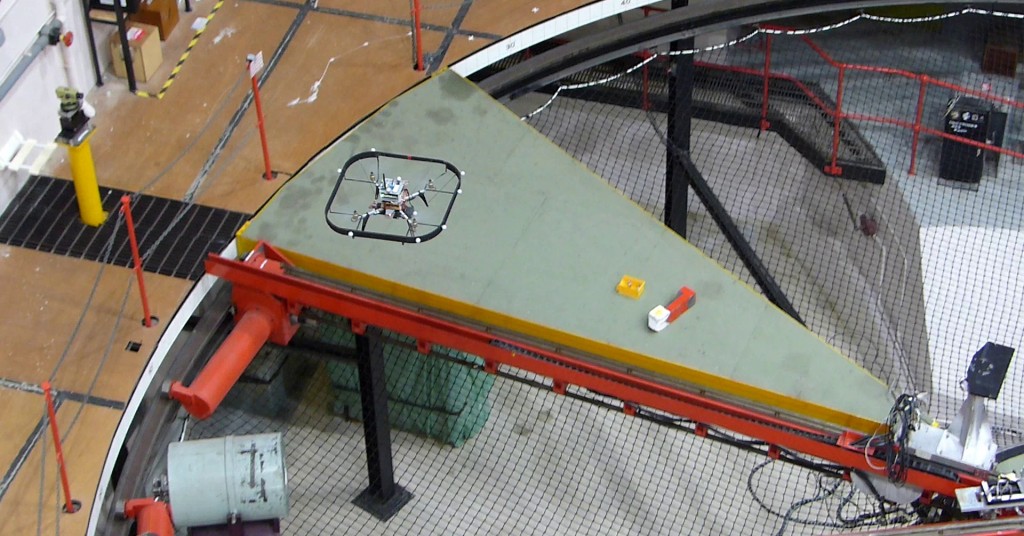 Nine months of collaboration between the University of Bristol, Blue Bear Systems Research (BBSR) and Createc, funded by the UK’s Technology Strategy Board, to design, develop and test Project RISER (remote intelligent survey equipment for radiation), recently came to fruition with a successful live demonstration at the National Physics Laboratory (NPL).

The system combines a miniature rotary Unmanned Aerial System (UAS) with novel radiation detection and mapping software to address the problem of access while improving speed and accuracy of surveys and minimising radiation dose to employees. A miniature rotary wing Unmanned Aerial System (UAS) and SNAP Avionics were developed by Blue Bear, providing the ability to hover and manoeuvre within complex, industrial environments autonomously, while Createc’s N-Visage radiation mapping software with a gamma radiation Spectrometer was hosted on-board the UAS.

The consortium wished to demonstrate that the system could potentially be used in hazardous environments by placing live sources of radiation around the main experimental bay. Blue Bear’s Quadcopter with the SNAP® autopilot navigated around a predetermined path whilst simultaneously mapping the environment and detecting radiation with Createc’s V-Visage software. The aircraft then revisited and investigated the areas where NPL scientists had positioned radiation sources by hovering over them to create a more detailed image.

Ian Cowling, BB’s Programmes Manager said, ‘The live demonstration was a great success in terms of technical development and engaging interested stakeholders, we would like to thank NPL for hosting Blue Bear and the team.’