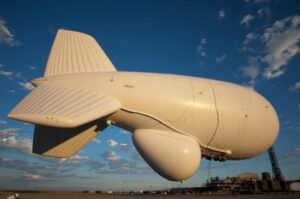 The U.S. Army completed (EUT) of the Raytheon Company developed JLENS. During the six-week-long EUT, soldiers tested JLENS’ ability to operate in a number of complex scenarios that replicated an operational environment. The soldiers also tested JLENS’ endurance by operating the system continually for 20 days.

“Completing EUT proved both the maturity of JLENS and that our soldiers are ready to employ this system wherever and whenever their nation needs them,” said Dean Barten, the U.S. Army’s JLENS product manager. “With EUT under our belts we are well on our way to deploying the system to Aberdeen Proving Ground for an operational evaluation, and ultimately, putting JLENS in the hands of the warfighter.”

“Completing EUT is the latest in a string of JLENS achievements that include detecting a ballistic-missile surrogate and enabling the intercept of cruise missile targets with the Patriot and Standard Missile 6,” said Dave Gulla, vice president of Global Integrated Sensors for Raytheon’s Integrated Defense Systems business. “JLENS is essential to the national security because it provides a proven capability against threats that no other system in the world offers.”

About JLENS
JLENS consists of an integrated surveillance and fire-control radar on two tethered, 74-meter aerostats, which fly at altitudes of 10,000 feet above sea level and remain aloft and operational for 30 days.