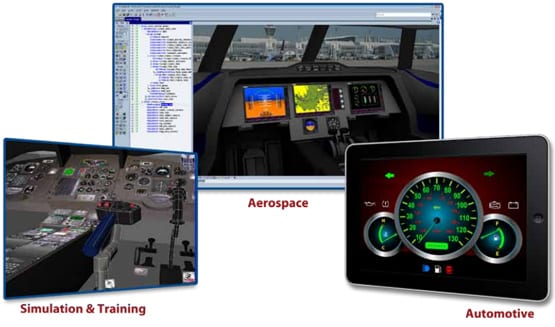 DiSTI’s GL Studio is an award winning tool which enables developers to build high fidelity graphics and fully interactive controls into their software products, enhancing the level of realism and sophistication of their development efforts. Through its powerful, intuitive design, programmers in any industry can use GL Studio to create state-of-the-art, reusable 2D or 3D graphical user interfaces. A few of GL Studio’s many benefits that were highlighted for this award include its ability to reduce production and training costs, improve learning and retention, and accelerate production cycles.

“We are thankful privileged to have GL Studio selected for the Editor’s Choice Award for its advancements within the military embedded systems industry. DiSTI’s GL Studio was developed out of the need for greater training solutions for military organizations. Even though GL Studio has quickly adapted to other markets and become a solution for the automotive, medical, and industrial industries, we have not forgotten what has brought GL Studio to such great success,” said Joe Swinski, CEO of DiSTI.