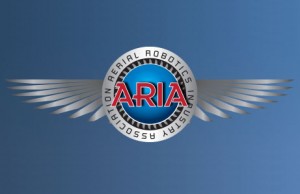 Following a positive meeting with the Federal Aviation Administration (FAA), the entrepreneurs behind Hoverfly Technologies are moving forward to create the Aerial Robotics Industry Association (ARIA), a new industry association and a Flight School certification program for aerial robot operators in the USA.

A major function of the FAA includes regulating commuter and commercial aviation. While there is not a specific rule in place that prohibits the commercial use of aerial robots, it is currently not the policy of the FAA to authorize the use of such robots.

“At the FAA, we are passionate about the aviation industry. We understand that the future holds many opportunities for the commercial use of unmanned aircraft systems. Following safety standards will be critical to their acceptance,” Wilson said.

During the meeting, it became evident that an industry standard for operations safety needed to be established before Hoverfly could move forward in creating a new Flight School. In response, Hoverfly reached out to community and other industry leaders and formed a group to establish a new industry association — the Aerial Robotics Industry Association (ARIA).

“ARIA’s mission is similar to the FAA’s mission – to strive to reach the next level of safety, efficiency, and global leadership in the aerial industry,” explained Al Ducharme , a founder of Hoverfly Technologies and associate professor in the College of Engineering and Computer Science at the University of Central Florida (UCF).

ARIA’s goal is to set the standards for the safe operation of aerial robotics for commercial use, and thereby advance the growing community of professional pilots. ARIA will set safety standards, and certifications will be granted by ARIA for flight schools around the country.
“We had a very positive meeting with the FAA, and as a result, we are moving forward with the Flight School,” Ducharme said. “The FAA is accepting of our entrepreneurial efforts. We are proactively seeking their guidance to help us abide by their rules.”

Hoverfly Technologies will be starting its own ARIA-certified Flight School immediately. Instruction will focus on safe operation of aerial robotics and will be based on the ARIA “FlySafe” standard.

Hoverfly gained international coverage after footage and images of its robot demonstration for the Golf Channel at the PGA Arnold Palmer Bay Hill Classic went viral. Now, the company is working quickly to ensure that the aerial robot association, ARIA, and the Flight School will launch in time for the National Association of Broadcasters (NAB) Conference in Las Vegas in early April.

The inaugural meeting of ARIA will take place in May in concert with the first Flysafe Flight School class May 17-19, 2013.