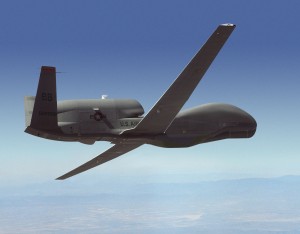 The exchange is the first collaborative effort to stream ground moving target radar data from a Global Hawk Block 40 to a Joint STARS aircraft. Information can then be relayed from Joint STARS to ground forces.

“This is a significant leap forward in terms of possible capabilities for our warfighters,” said Bryan Lima, Joint STARS program director at Northrop Grumman. “Findings showed increased precision, improved target tracking and the ability to extend the surveillance coverage area. By combining the capabilities of these platforms, we’ve unlocked increased battle management potential, not only by expanding coverage of the surveillance area, but also for compressing the targeting and attack decision chain for warfighters.” 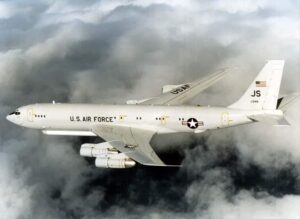 The flight successfully demonstrated the interoperability of both platforms to potentially improve and expand surveillance capabilities for deployed forces.

Joint STARS is an airborne battle management and command and control platform that conducts ground surveillance of fixed and moving ground targets to develop an understanding of the enemy situation and support location, tracking, targeting and attack operations.

Global Hawk carries a variety of intelligence, surveillance and reconnaissance sensor payloads that allow military commanders to gather imagery and use radar to detect moving or stationary targets on the ground. Capable of flying for more than 30 hours at a time at altitudes up to 60,000 feet, the system also provides airborne communications and information sharing capabilities to military units in harsh environments.