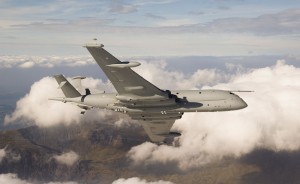 The military is likely to use unmanned drones to undertake reconnaissance patrols around the coast of the UK and for Nato operations rather than replacing the RAF’s iconic Nimrod spy planes.

Philip Hammond, the defence secretary, said today (WEDS) using unmanned aerial vehicles (UAVs) would be cheaper and less risky than developing an expensive new version of Nimrod, which was scrapped as part of the cuts set out in the 2010 Strategic Defence and Security Review (SDSR).

He also told MPs the Libya campaign had shown Nato’s over reliance on the US, and how it had “cruelly exposed” the limitations of the capabilities of some European countries. He called on Germany to take on more responsibilities within the alliance to boost its capability.

Hammond explained the logic of the likely move to more drone use to members of the joint committee on the national security strategy, saying: “It may well be the case that the development of unmanned aerial vehicle technology means that there will not be another generation, for us at least, of manned maritime patrol aircraft.

“It may be that we will move straight to unmanned reconnaissance vehicles that can do the task at lower cost and much less risk to the crew.”

The Nimrod spy planes were the mainstays of the RAF’s reconnaissance capability from the late 1960s until last year. An upgraded Nimrod fleet was due to come into service this year, but the £4bn programme was scrapped with ministers saying the project was too complicated, too costly, and had been delayed too often.

The announcement caused uproar among retired military chiefs, MPs, and senior civil servants within the Ministry of Defence who all warned the armed forces were losing a key maritime surveillance capability that the military relied upon.

In September, James Arbuthnot, the Tory chair of the defence select committee, raised further concerns about the loss of Nimrod, which was used to protect UK submarines and for detecting foreign submarines. It also had extensive eavesdropping equipment.

“We are unconvinced that the MoD has the capacity to respond to any escalation in the risks that may appear beyond the UK’s shores,” he said.

Giving evidence to MPs and peers, Hammond said the MoD was managing to cover the loss of the nine new Nimrods, sometimes with help from overseas armed forces.

“Clearly, maritime patrol aircraft was one of the capabilities we made a conscious decision to sacrifice in balancing the defence budget,” he said. “We are managing at the moment using a combination of other assets, occasionally using assets owned by allies to perform specific Nato tasks. It is clear in the medium term we will have to address that gap.”

Hammond also issued a blunt warning about Nato’s ability to cope with the US making Asia, rather than Europe, its strategic military priority, saying: “From a defence point of view we have to learn the lessons from Libya. On one level, it was successful and achieved its objectives. It also quite cruelly exposed some of the weaknesses of European Nato in a relatively limited scale of conflict. It stretched our collective resources to the very limit.

“There are some very clear things that we have to address if we want to … credibly intervene as a coherent force without large scale US support [for] minor interventions or stabilisation operations in North Africa or the Middle East. That is a reasonable aspiration for the US to have of their European partners.”

Hammond added that “an easy win” for Nato would be for Germany to play a more significant military role: “[We need] to persuade the Germans to engage more effectively with us and France … to reinforce the genuine deployable capabilities to Nato. The current German defence minister has that agenda in mind.”