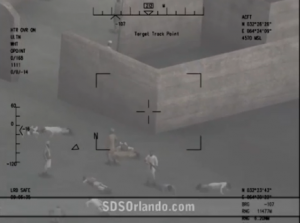 For other applications, SDS also offers LIFE as a stand-alone application (combining the CDT and RA components into one laptop or PC-based system similar to other Semi-Automated Force applications) fully capable of supporting a variety of LVC components typically included in a DMO training, mission rehearsal and research applications.