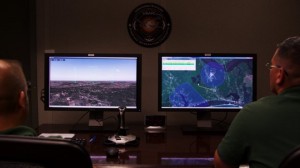 The Product Directorate for Unmanned Systems Airspace Integration (USAIC) conducted a formal two-week demonstration during the weeks of June 4-8 and June 18-22 with a series of vignettes designed to validate the design and functionality of the Army’s Sense and Avoid technology.

“The demonstration was a total success,” said Viva Austin, Product Director for the Army’s USAIC. “Not only were we able to meet or exceed every objective established for the demonstration by flying the system against numerous different DoD concepts and locations, but safely flying a synthetic UAS downtown in Salt Lake City against live traffic, and then against recorded Boston airspace data — that really allowed us to validate that the Phase 2 technology we are fielding to Gray Eagle sites works and is almost ready to go prime time. Both the GBSAA test bed and the full system/concept demonstration turned out to be more successful than we could have hoped for.”

Specific objectives of the demonstration included:

• Opportunity for the Army team to bring the Phase 2 technology out of the laboratory and apply it to actual flight operations (validate models, operations/procedures check, operator feedback, lessons learned, and more)

• Demonstrate the ability to fuse data from 3-D radar and ATC radar (ASR-9) real time, for use in a GBSAA System 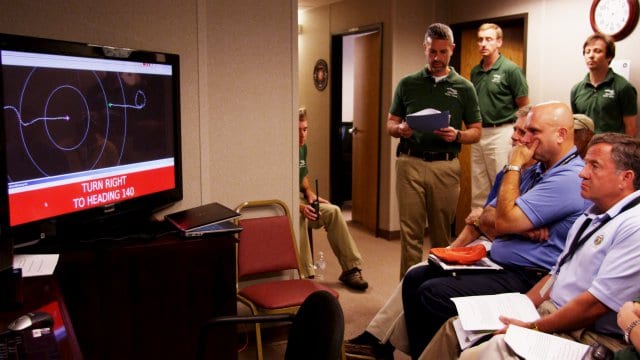 Two live Shadows are being flown towards each other, one using the GBSAA system and one without. 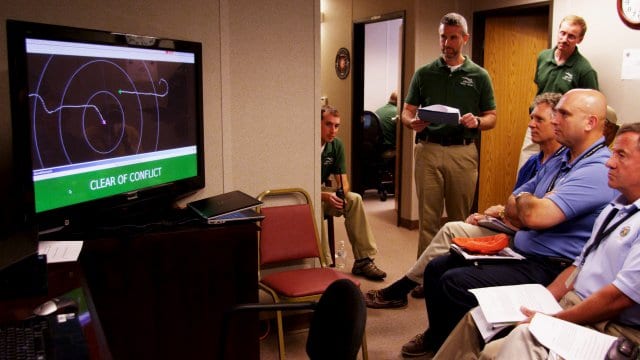 Successful detection and maneuver of the Shadow UAS. The GBSAA system alerted the Ground Based Sense and Avoid System Operator (GBO) at the appropriate time and provided a recommended maneuver which was safely used to avoid the other aircraft.

The Army documented numerous valuable lessons from the demonstrations, which will feed future development of the Army’s GBSAA System. The system performed exactly as expected, and no anomalies were encountered.

“After attending the GBSAA demonstration and witnessing the outstanding performance of the system, I am extremely confident that we have a system that will be successful in safely providing a sense and avoid capability to Army UAS,” said Col. Timothy Baxter, Project Manager for Unmanned Aircraft Systems. He lauded the team’s efforts adding that this milestone signifies an important step towards the future of integration UAS into national airspace.

The transition of U.S. military’s UAS to owning military units stateside and the fielding of Gray Eagle UASs emphasizes a growing need for UAS access to the NAS in order for UAS operators to train and remain technically and tactically proficient. This point, along with the groundswell of interest among other government and non-government agencies to employ unmanned aircraft in the NAS creates the need for a hastened development of GBSAA technology.

On April 27, 2011, the USAIC Product Office, the Office of the Secretary of Defense UAS Task Force lead for GBSAA development, conducted the first ever unmanned aircraft flight within the NAS utilizing an FAA approved GBSAA prototype system. USAIC teamed with Gray Eagle operations to conduct the historic flights at El Mirage, Calif.

GBSAA provides a mitigation or alternate means of compliance to FAA regulatory requirements regarding the ability to see and avoid other aircraft in the NAS, and allows for integration of UAS into the NAS

The USAIC product directorate is part of the UAS Project Office within the Program Executive Office for Aviation headquartered on Redstone Arsenal in Huntsville, Alabama.