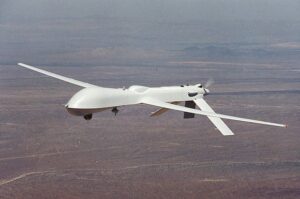 Russia’s military hardware manufacturers have already started developing their own unmanned aerial vehicles or UAVs. Although this is a secret task, experts say that these vehicles could be similar to the U.S.-made Predator drones.

At present, the use of unmanned aerial vehicles has spread to many areas. The military express keen interest in UAVs that could be launch attacks on enemy soldiers and weapons. The American drones of the Predator family have been successfully used by the U.S. and its allies in Iraq as well as in anti-terror operations in Pakistan and Yemen. Since 2004, American drones have carried out attacks on the Pakistani territory more then 260 times. Israel, China, India, South Africa and Russia are now engaged in the development of strike unmanned aerial vehicles. Experts are expressing their opinion concerning who will be engaged in the development of drones and what will be their characteristics. Most likely, two Russian companies will carry out this task, says expert in UAVs Denis Fedutinov.

“At present, two Russian companies, Tranzas Company in St. Petersburg and Sokol Design Bureau in Kazan are engaged in developing Predator-class drones. Last year, they won the Russian Defence Ministry’s tender and are developing two vehicles. The payload of the first is about one ton. The second one is close to the American Predator and weighs about 4.5-5.0 tons,” Denis Fedutinov said.

Naturally, the characteristics of drones that should meet the Defence Ministry’s demands have not been revealed. However, experts suggest that the designers will do their best to bring them close to the world standards. In short, they will be similar to other unmanned aerial vehicles, says editor-in-chief of the Moscow-based “National Defence” magazine Igor Korotchenko.

“The main thing is to carry out hours-long flights and select targets as well as assure remote control and targeting by operators who are staying several thousand kilometers away from the drone. Consequently, there should be a satellite communication system. Concerning weapons that could be used for launching attacks, this issue has not been solved yet because the project is at its early stage. I believe that in Russia, UAVs will be used first and fore most in the North Caucus to monitor the situation and eliminate militant groups,” Igor Korotchenko said.

In the past years, UAVs have been actively developed in the world, and Russia will have to make great efforts to speed up work in this area. The price of an unmanned aerial vehicle is far less than that of a piloting plane. This type of plane can fly for several dozens of hours non-stop. This is impossible for manned aircraft. The main advantage of the use of UAVs is that it doesn’t put the life of a pilot on the line.

SOURCE: The Voice of Russia