The US military has dozens of different types of drones in its arsenal. Each one has its own unique controller. And each of those various controllers flies a single robot. There’s no system that controls multiple drones at once. One Pentagon office thinks that’s an archaic way of doing business. 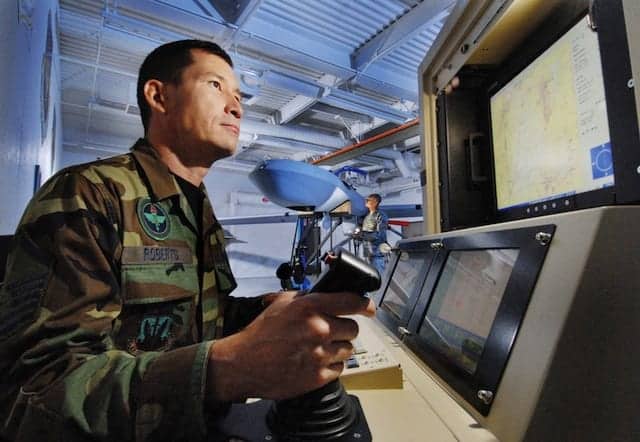 Inside the Pentagon’s Acquisition, Technology and Logistics directorate, a team is working on ways to operate different types of drones with a single controller. It’s a big technical challenge — one that’s failed in the past — since the different manufacturers of different drones each have proprietary control software. But the official in charge of the effort envisions a new drone software architecture that’s agnostic about what kind of drone it controls; and allows human controllers to think in terms of drone fleets rather than individual robots, including fleets comprising different kinds of drones. That would enable a dramatic expansion of the possibilities of drone warfare.

Step one is to get a kind of universal remote for the drones — that is, a controller that can operate, say, an armed Predator and a robotic spy. It’s a major challenge.

“The objective is to be able to ‘shop’ for mission specific applications and services from a single ‘App Store’,” says Rich Ernst, the Pentagon’s lead officer for what’s called the Unmanned Aerial Systems Control Segment, or UCS, in an emailed statement to Danger Room. “The methodology is akin to the commercial ‘smart-phone’ industry, wherein applications are down-loaded to suit individual user taste and productivity. The repository allows small software businesses to compete on a level playing field” with the major defense conglomerates.

This is just a snippet of the article by Spencer Ackerman at WIRED. Read the full article