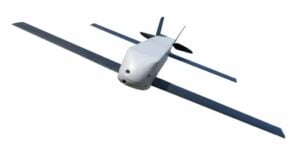 The Marine Corps is taking steps to procure its first “kamikaze” drone in an effort to provide small units the ability to quickly strike soft targets such as IED emplacement teams.

The Switchblade, produced by California-based AeroVironment, can be guided into a target and explode on impact, almost like a hand grenade, said company spokesman Steven Gitlin.

“For the first time they will have their own organic ability to engage targets [with a UAV],” he said.

Units that identify potential targets typically have to call for air support, a multistep process.

Enemies often slip away by the time an armed unmanned aerial vehicle, attack helicopter, fighter-bomber or quick-reaction force arrive on station. Marines also compete with other allied units for mission priority or those taking enemy fire, so missions are not always filled.

“Think about it – pairing switchblade aerial munitions with an [unmanned surveillance drone like a] Raven, Wasp or Puma – a small team with those tools can know what is going on around them within about 15 klicks,” Gitlin said. “Once they identify a threat, Switchblade lets them engage that threat immediately.”

The Marine Corps Warfighting Lab is leading research into the aircraft’s potential to serve with Marine units. The aircraft showed promise during recent testing at Fort Pickett, Va., according to Brig. Gen. Mark Wise, head of the lab.

He characterized the aircraft as highly accurate.

“The Marine who was flying it, it was his eighth flight. So if you want to talk about intuitive capabilities, those are the kinds of things we are starting to generate,” Wise told a crowd of defense industry representatives May 1 at a conference in Norfolk, Va.

The Switchblade, weighing just 5.5 pounds, can fit into an ALICE or similar pack. When needed, a single Marine can pull it from his pack, set up a small tube containing the aircraft and automatically launch it with a remote controller. It can take flight from the ground, a vehicle, ship or aircraft. After being fired from the tube, the Switchblade’s four wings spring open – lending the aircraft its name – the prop begins spinning, and it is off with a one-way ticket.

Once a target is designated and a kill order is given, the aircraft locks in on the target and follows, even if the target moves.

Designed with low collateral damage in mind, the aircraft can also be called off at the last minute and re-engage later, Gitlin said. If the target is a sniper, for example, and children wander into the area, Switchblade can disengage and reacquire the target once civilians have moved on.

Another advantage of the Switchblade is that it uses a controller common with several of the Marine Corps’ other UAVs also produced by AeroVironment. That includes the Shadow, Wasp and Raven, a capability that matches the service’s efforts to develop a single remote control that will cut down on the weight and amount of equipment Marines carry into combat.

The need for faster reaction by armed UAVs also has led the Marine Corps to push for arming the RQ-7 Shadow. The Corps has aggressively pursued an 18-month timeline to field Shadows downrange that can carry small munitions of up to 25 pounds after commanders in Afghanistan issued an urgent-needs statement last June.

But Marines calling on the Shadow still must rely on unmanned squadrons for support. With Switchblade, they can identify targets, launch and engage on their own.

The Army, also pursuing Switchblade, awarded AeroVironment a $4.9 million contract in September and plans to send soldiers to Afghanistan with the aircraft this year.