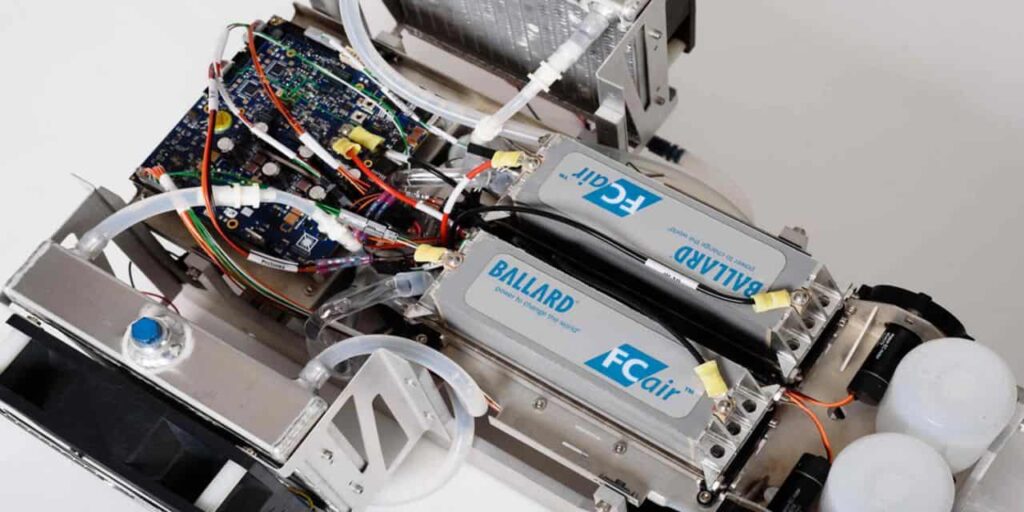 Unlike traditional batteries, fuel cells do not need to be recharged, requiring only chemical energy from a fuel such as hydrogen to cleanly and efficiently produce electricity. Unmanned aerial systems powered by fuel cells can fly longer distances, are quiet and, unlike traditional gas engines, have zero greenhouse gas emissions.

Ballard Unmanned Systems’ fuel cell power systems can run up to three times longer than batteries and are five times more reliable than small engines. They are ideal for energy inspection, cargo delivery, and other commercial and defense applications. With the added capabilities of Ballard Unmanned Systems, Honeywell intends to introduce a family of fuel cell power systems for a variety of unmanned aircraft, as well as to develop broader aviation applications.

Honeywell offers certification expertise as well as a full line of avionics, propulsion and operational systems for unmanned aircraft and UAM (Urban Air Mobility) vehicles. The company has recently launched a business dedicated to UAS and UAM, as well as a new research and development lab to demonstrate the company’s technological capabilities in both hardware and software for the UAS and UAM markets.

Mike Madsen, president and chief executive officer of Honeywell Aerospace, commented: “Adding Ballard Unmanned Systems to the Honeywell family is another example of our commitment to invest in the growing UAS segment. We can now begin producing top-quality, scalable power systems for our UAS customers and eventually adapt these systems for other future aerospace, defense and adjacent segment applications.”